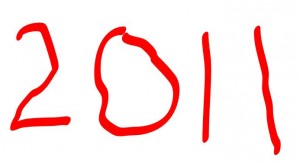 It has been a long year with a lot different things happening. The Tsunami in Japan, the death of Steve Jobs, the assassination of Osama Bin Laden, The Royal Wedding. All of these were huge things that defined the year, but some things that were more personal stood out to me. For instance, we got our laptops. This was a huge event for me because I had never really used a computer before 2010. Since than I have become very good at using them. Another huge thing in my life this year was that my uncle almost died. He was in a bike accident and flipped over the handlebars, puncturing one of his lungs. Also only yesterday I had my midterm exams. They were pretty hard, but I finished with a good grade. Like our teacher said, preparing for the exam is more stressful than actually taking the exam in most cases. It’s been a good year that I really enjoyed. One of the best of my life. I hope next year will be even better. Let’s hope 2012 is the best year yet!

2 thoughts on “One More Year by Ian L”