The movie Apollo 13 is about a crew that goes up into space to walk on the moon. While they are checking all the equipment (while they are in space) and then one of the oxygen tanks exploded and damaged half of the module. That made them have a bunch of problems which leads them to not being able to land on the moon. They have to go around the moon to go back to Earth. They have to brake away from the command  module by turning off all the computers and they loose most of the power. When they are close enough to Earth they turn their computers back on to help them get back safely to Earth. Then when they were supposed to land into the ocean they landed 2 minutes late. They had no communication what so ever while they were coming into Earth. People on Earth were holding their breaths waiting for then to land in the ocean. The families were really worried. Then finally they landed and they were safe. The tragic event has made us learn important things and how to improve our trips to the moon. 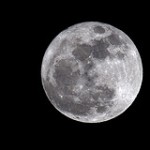 One thought on “Apollo 13 By Mariana R and Aishwarya J”