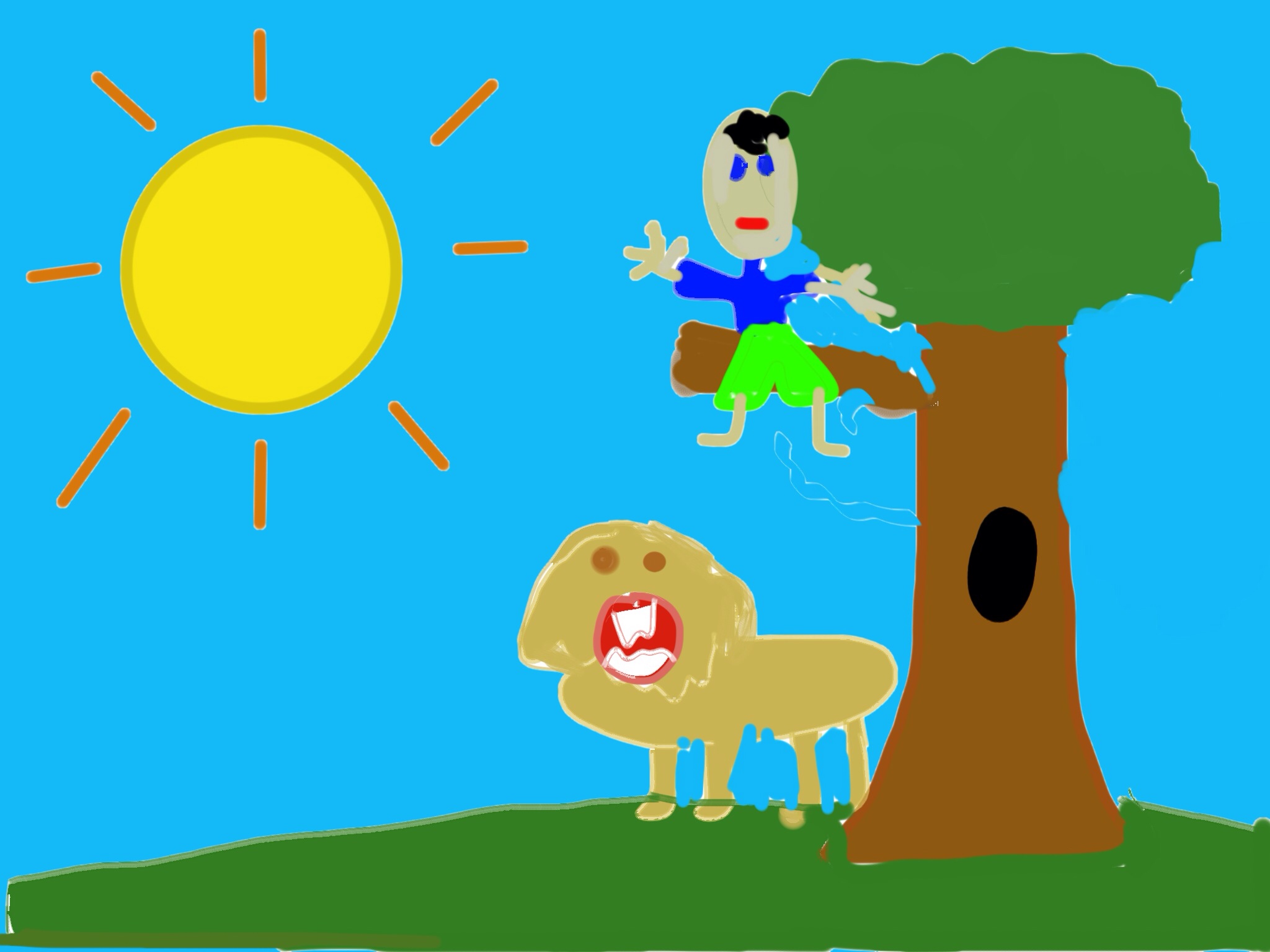 In LA we each chose a wisdom tale and made a comic about it. I chose to make my comic on The Lion Makers. I chose this tale because I think that the moral is important. I used Comic Life 2 to make my comic and I used Sketchbook to draw the pictures. I enjoyed using Comic Life and Sketchbook because they are fun and pretty easy to use. I learned many things from using these programs including how to use the paint bucket on Sketchbook.

The Lion Makers is about four Brahman. One of them had common sense while the others were book-smart. The intelligent Brahman found Lion bones and tried to bring it back to life while the Brahman with common sense hid in a tree. The Lion ate the three smart Brahman. The moral of the story is, common sense is as important as intelligence.