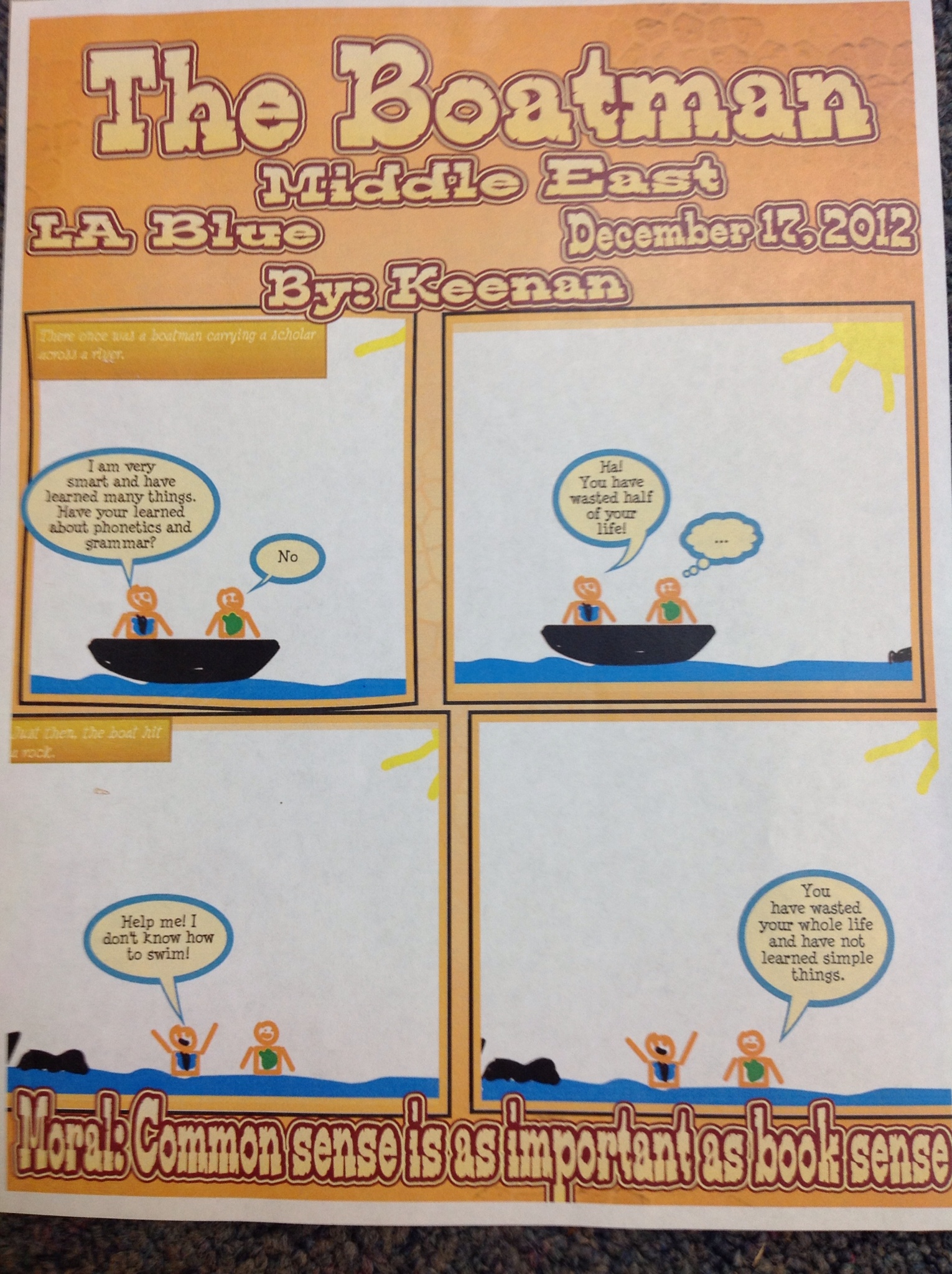 I made a Comic Life about the wisdom tale The Boatman. Comic Life was really easy to use. I could drag pictures in, and all of the buttons were obvious. But Skitch wasn’t as easy. The thing I liked using about it was that there are different shape buttons that you can use instead of just drawing the shape. It was a little difficult to draw things because if I tried to draw over something, it would just drag the thing I was trying to draw over. It was also easy to just draw one picture, save it, and then draw things over it in later pictures instead of just drawing the background all over again. That was probably the most helpful thing that I did because it saved a lot of time. I would suggest using Skitch and comic life.