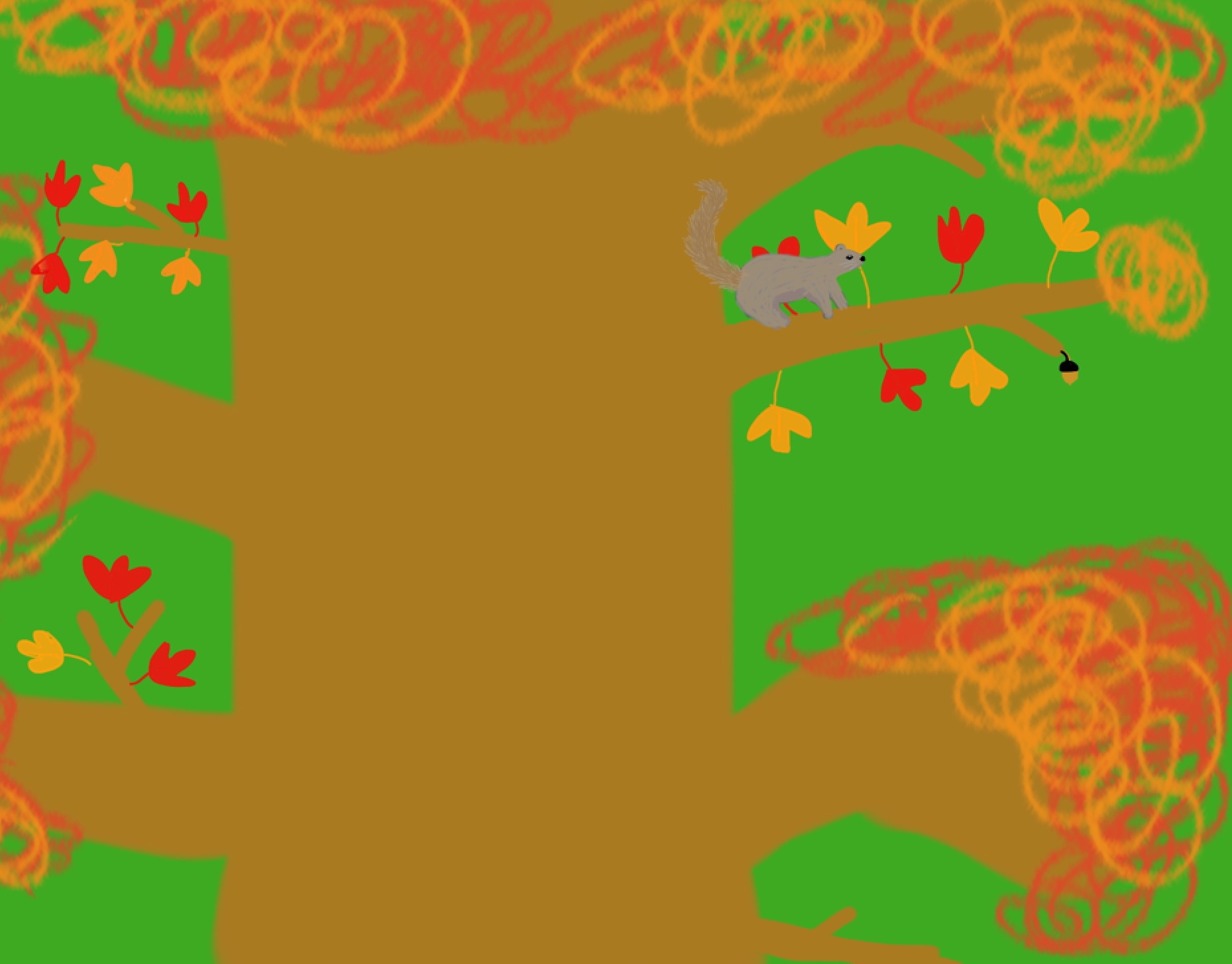 One day, a squirrel was jumping about through the red and yellow and orange leaves of the fall trees when he paused in mid scamper and lifted his nose. And then he saw it: heaven. That was the only explanation. A nut as big as his paw was barely hanging on to a thin little branch just above his head. It was beautiful. Golden brown and gleaming in the sunlight. And the best part… It was his favorite type of nut- acorn.

Ignoring the risks of going up so high on that thin of a branch, he scampered up the trunk of the great oak and shimmied as far as he could along the branch. He even heard it groan under his weight. He stretched his claws as far as they would reach but it wasn’t enough. He finally shimmied so far that the acorn was straining for a grasp on the thin branch. Right as he was about to snag the acorn from its perch, the branch snapped and he was plummeting to the ground. Luckily, being a squirrel, he was able to twist around in mid air and avoided hitting the ground head or back first. He finally found the acorn in the red and orange leaves and triumphantly ripped of the cap and broke the shell.

The insides were black. It was a rotten nut. The squirrel angrily threw the nut to the ground he headed back up the tree. Suddenly, he sniffed. Startled, he looked around with a surprised look. All around him, with their golden shells gleaming in the sun, hung acorns.

Big and small. Wow, he thought to himself, I must have been pretty greedy for that one acorn if I couldn’t see all of these wonderful ones! He took a not-too-golden, not-too-big one from a branch beside him and nibbled at the insides. Mmmmmmm, he sighed a long, contented sigh as the lovely flavor entered his mouth and he wondered, how can a squirrel like me have to see one, giant, rotten acorn when, in reality, the good ones are right next to me?

2 thoughts on “The Troublesome Acorn by Franny”