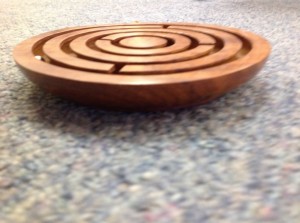 Maze Runner by James Dashner is suspenseful and you never want to put it down. Maze Runner starts with Thomas who wakes up in a giant metal box with no memory. Then the doors of the box open and he is in a place called the Glade with other boys. The Glade is a place where there are giant walls that shut the Glade off from a maze that has monsters called grievers. Thomas makes friends and then he learns the only way to go home is to solve the maze. Read the book to find out the end.