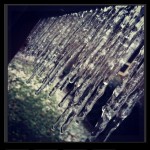 It’s a cold, frosty, icy Friday. It’s so cold you can see the air you breathe. You’re super excited because school gets out at 11:30 and it’s due to snow. Who doesn’t like snow? Making a snowman, chucking snowballs at your siblings and friends, making snow angels and just enjoying the feeling of snow! It rarely snows so when it does you have to make something out of it.

I will never forget my dogs first experience with snow. Mainly because it was one of the funniest moments of my life. My little, white dog Raffy was only a puppy. It was hilarious because he blended in with the snow. He loves eating snow. That’s his favorite food! On the other hand, my other dog, Dennis, was so scared he didn’t know what to make of it. He tried fighting every snowflake that hit the ground. My friend had came over and was playing fetch with Dennis. My sister suggested to take a snowball and fetch it to him, so we did. It was hilarious because he caught it and ate it!

Anyway, you’re in your class when suddenly you see a piece of snow fall… Wait?! You take a close look at it. This isn’t snow? What is it? Is it frozen rain? Is it hale? It’s sleet! Yes! You’re so happy it finally “snowed!” ❄⛄❄⛄❄

16 thoughts on “Snow by Jinger”