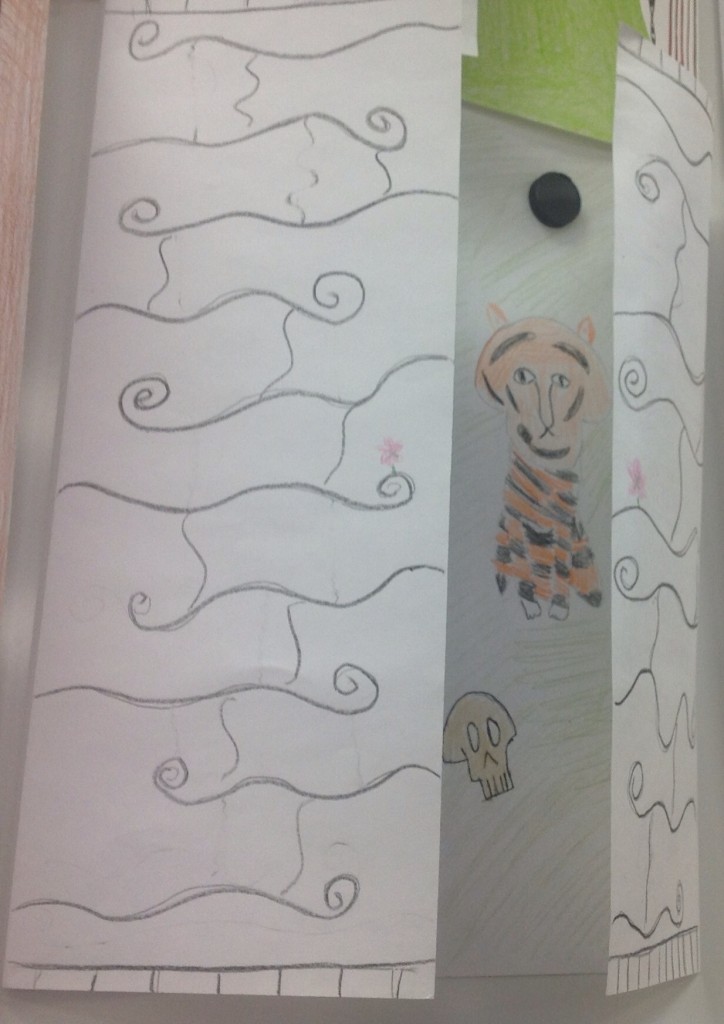 The man took a step toward the wooden doors. One door was darker, the other one was lighter. This showed who lives, who dies. Then, he looked around at the ugly masonry, with nails sticking out and holes in the stone, that made up the amphitheater. Then he looked up at the king’s terrace. The brick walls stood out against the stone. He took another step forward andanother and another until he found himself standing in front of the right door.
He reached for the doorknob, grasped the knob’s rough material and glanced at the princess.She nodded her head with a slight smile across her face. The man took a deep breath and blew her a kiss. She just nodded her head. “What if she doesn’t want me anymore?” he whispered to himself, “Of course she wants me.” With the sudden boost of confidence, he turned the knob and pushed forward.
The door swung open to a dark corridor. On one side there were skulls of the men that died. Onthe other side there were bouquets of flowers that were in everybody’s wedding. The man took a step in and looked at one of the skulls. It was cracked in half, bloody, and missing a few teeth. Hewalked to the other wall and smelled a bouquet of roses. Then, there was a sharp pain in his leg.He turned around and saw the tiger. Then he felt nothing.