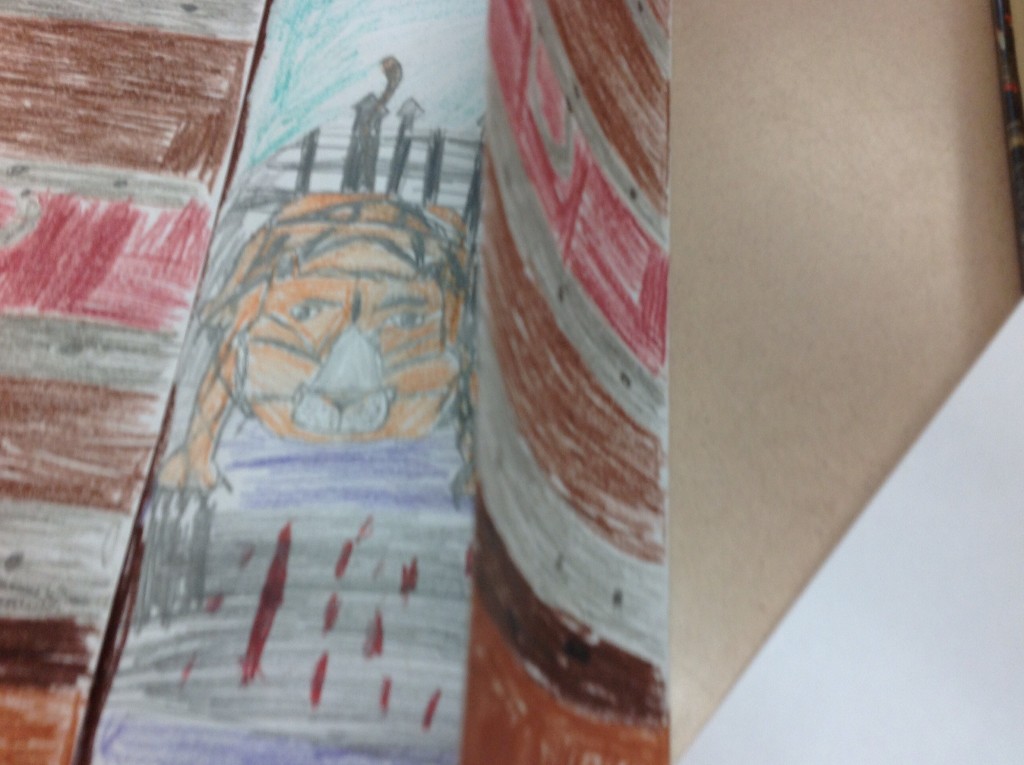 As he slowly approached the doors with fear and regret of his wrongdoing, thoughts raced through his head saying, “Right? No. Left? No. Right or left.” His arm hesitated for both doors each taking turns waiting.

The king raised his arm and said, “Go on with it.” So after a long while of carefully deciding which door to pick, he jumped to the door on the left and turned around. He blew one last kiss to the princess and opened the door.

He saw…the tiger. It jumped out at him and sliced him with his claw as he quickly died. Then the tiger picked him up in his mouth and carried him into his cave and that was the last of him, he was gone.He had died.

The princess ran to her room and started crying. She lived a long, sad, lonely life. Then she died lonely by herself in a castle.

One thought on “Lady Or The Tiger by Vasili C.”