On Sunday, May 27, the last day they were showing it, I went to see Wicked with my mom. In this play, Glinda, the Good Witch, explains to everyone how she knew Elphaba, the Witch of the West, and how they met in college, and how they became friends. As friends, they were together when they were introduced to the Wizard of Oz. They both found out that the Wizard was a fraud, and that he wanted to use Elphaba’s magic for wicked purposes. Elphaba did not want the Wizard to use her magic for evil deeds, so she ran away, while Glinda stayed with him, because she did not believe he was all that bad, and because she was ambitious and wanted to be famous. After Elphaba escaped, the Wizard spread a lie that she was wicked, and ordered everyone to try to capture her. Meanwhile, Fiyero, Glinda’s boyfriend, starts to develop more feelings for Elphaba. That causes problems for him, because the Wizard’s guards put on a pole to die. Elphaba is heartbroken, and turns him into a scarecrow with her magic to make sure he does not die, or feel pain. At the same time, the Wizard is getting tired of not being able to find Elphaba. Glinda then gives him an idea to hurt Elphaba’s sister, NessaRose, to attract Elphaba. They create a tornado, which makes a house fall on NessaRose, killing her. The house in the tornado also contained Dorothy, a girl from another world. Elphaba makes Dorothy her prisoner. At the end of the performance, Glinda tells Elphaba to release Dorothy, and she agrees. When Dorothy is released, she throws a bucket of water (prepared by Elphaba itself)  onto Elphaba, because there was a general belief that water could melt Elphaba. The truth is, Elphaba meant for all of it to happen, so that the world would think she was dead, even Glinda. But the truth was that she hid in a hole, and left Oz with Fiyero, now a scarecrow, after he picked her up, and they both lived happily ever after.  This wonderful performance shows that The Wicked Witch of the West was never wicked at all!

A very painful memory the The Giver gave Jonas was of sledding down a much steeper hill, in which he breaks his leg, and severely cuts his face. For Jonas, the pain starts with the, “first wave”, of pain, and then he feels like he is on fire, and the pain stops. This is the first memory that Jonas receives that is TRULY painful for him.

My current piano teacher, Marianna (not the Marla in my class), is the coolest teacher ever, other than she can be strict sometimes! She helps me the piano pieces that I have to play at the recital, and she helps me learn new piano scales, and types of music. My old teacher in England, Aza, was equally good, and they even studied in the same place and city. They are both from Russia! They give theory, and new piano pieces every week! I am incredibly happy with them!

I think the first memory that Jonas should have received was of Elsewhere. (what I mean is outside the community.) The trees, the light, the animals, and the true life. I think this so that he could have an idea for the other memories, which are the same, but more specific, I think. 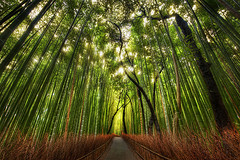 My Parakeets, Adam and Eve, are my second pets, together with my African Dorsal Frogs. Everyday, I feed them, clean their cage, and also try to tame them. Their cage is quite large for them, so they have plenty of room to fly. This is quite important, because as they grow up, they depend on flying more and more, so they need to be able to fly well, with experience. They are starting to get together, (I have a male and a female.) and they are starting to kiss, and chase each other around the cage. Isn’t that sweet? Awwwww! Anyway, I love them with all my heart, and I will never let them go! 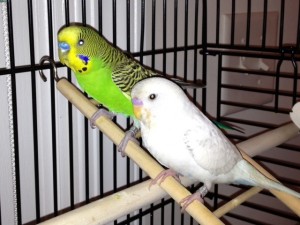 Adam and Eve, A beautiful pair.

I think, if I were a Twelve, I would be Nurturer. The reason? Well, I have liked little babies my entire life, and I have several baby cousins, so I am already very experienced with infants. Also, I can stand the crying, and smell of the diapers, and I also know how to feed little babies. Also, it would be nice to see adorable little babies every day! 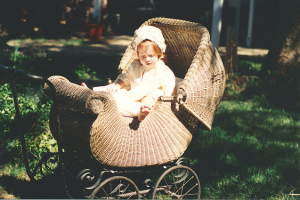 In class for the last two weeks, we had to do a nice project about how to use Mac products, how to use websites or apps, or why an object is better than the other. I made a Google Docs document, with an article about why me and Yahoo Answers prefer iPad ebooks instead of  normal textbooks because of the weight, number of textbooks, etc. The obstacles I faced were finding how many people on Yahoo Answers  preferred either iPad or textbooks.  With it I made a pie graph, which was only an approximate, but that showed how many people preferred either iPad or textbooks.

During ERB week, in LA we watched the movie Apollo 13, which is a historical event in space history. It started with the main commander of the spacecraft being chosen for the task. They then spend six months training in under water simulators, until T minus sixteen seconds when they LIFT OFF! After a couple of days in space, one of the oxygen tanks explode, and they at grave risk. In order for the crew on the Apollo 13 spacecraft to have enough oxygen and power now to get home safely, they no longer can walk on the moon. The Mission Control back on Earth tells them that in order to get home safely, they must abort the mission. The crew is devastated, but they still are focused on the task at hand: to GET HOME! The families of the crew are all VERY worried for their relative’s life. Then, they must encounter many risky situations of not enough power, or too much carbon dioxide and not enough breathable air. But, at the end, they survive reentry, but land in the South Pacific Ocean, where rescue ships and helicopters wait to get them on board to their homes. Overall, I nominate this movie a real treat for the family!!

During my spring break, I went on a trip to Washington D.C. It was very fun, and we also visited the Capitol, the center of the government’s power. One the first day, we got there late, so we made ourselves at home when we signed into the hotel, and went to have dinner at Rassica, an Indian restaurant. The next day, visited all the museums in the Smithsonian, including the American Indian museum, and the Air and Space museum. In the American Indian Museum, we had lunch. It was delicious! After that, we went to the hotel, read a bit, and went to sleep. The next day was the last day, so we visited the Capitol, the center of government. We learned a lot of stuff, like what buildings surrounded the Capitol back in the day. The earlier the time was, the less important buildings surrounded the Capitol, mostly houses! On Saturday, we came back home, and relaxed. 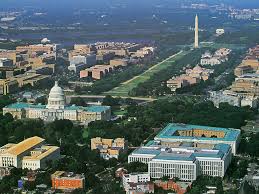 In class, we made these word poems out of newspaper articles and book pages, and crossed of the words we were not using, and left the words you use blank. It is very fun to make, and it can be any article, any page, and any color! Also, it’s very quick, and can be a very good emergency gift if you completely forget someones birthday! 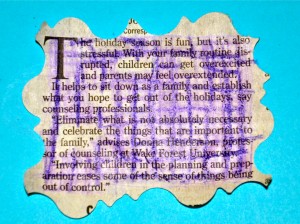