I said hi one day!

At the end of the Giver, I thought Jonas was going to die, but he just heard music. I think Jonas only heard music because the Giver died and the memories spread. I didn’t like the end. It was bland and it could have been better.

I really like PaperPort Notes because you can use so many things with it even talking to write the story or post like I made this by. This is a demo of how useful but using this, but I think it’s more useful than confusing. The following is what appeared on the screen when I used dictation. Dictation is when I talk and the iPad writes the notes.

” You can go so far with talking mixed stories or anything you’ll be so much faster if you have already low I say to make Justin Bieber yet to say just say animal Peion a piece of paper and maybe if you want to make a long long story but for example hairy Potter was so long he would cut the time at least half by just talking. Though there is a downside on this at their minds in a while it says things you don’t really want to say. I think if you ate yourself you can do amazing things with this is just a first copy and the Sociale what I can do with this if you go so far you can do so many things such a short time. I really think a lot of people enjoyed this app and I think it will be so helpful and I think we should always keep this is so fun. You can use it to have fun or do class work either one because you can just play around and use it to help so much. I hope we keep PaperPort notes”

Sometimes is doesn’t always record exactly what you say. For example, I said “Harry Potter” and it recorded “hairy potter”. I said something about a blog and it recorded “Justin Bieber”. If you edit you will be fine and it will still be a useful app.

Playing around with notes

This is PaperPort notes hope you like this doctor Dr.… But I have to got my mom is super super supe Hey mamaEat mama to handle the Lala. It types in the release on supercalifragilisticexpialidocious boom boom boom dial… I can get the Amna are you going to and half

In The Giver a certain being(s) called Givers can give you their memory,if I was a Giver I would give the memory of big cats hunting because they are powerful, fast, smart, and awe-inspiring.

Biologist- I study animals a lot, I would do almost anything concerning an animal, including-

Writer- I love writing and have many ideas.

Cartoonist- I practice many ways of drawing, I love drawing cartoons, anime, comics, and animals. 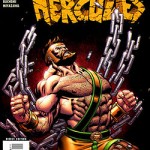 photo shared on a wiki

My iPad project was fairly easy. All I needed was to make an audio note and send it to my teacher. It was about iBooks. 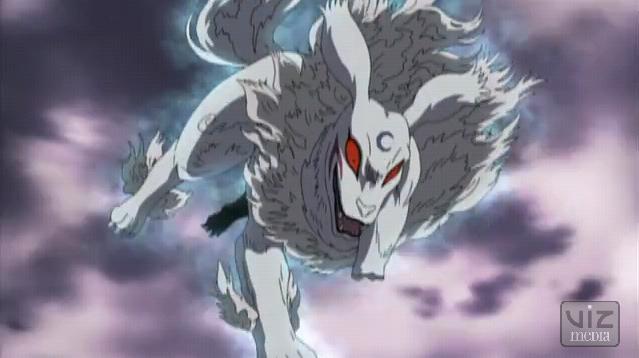 Picture shared at the Inuyasha Wiki

I can’t choose what book I want to continue making.

– A world of animal demons like dog demons (from Inuyasha) 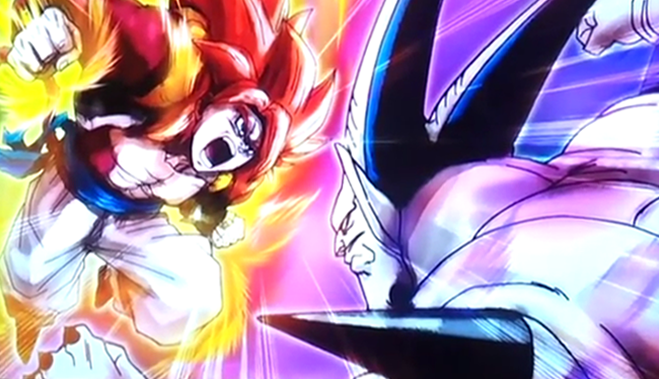 My brother, my cousin and I love to play tenkaichi, budokai, and budokai tenkaichi series of dragon ball z. You battle using energy waves and super agility and strength. The characters are so fast that you can’t see them moves sometimes, and some characters can use instant transmision so they can teleport to where they want. It is truly amazing. 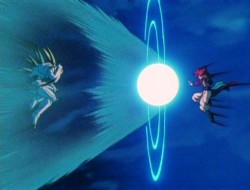 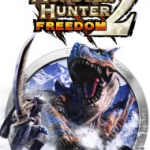 There is a book I want to make based off of a video game. This is no ordinary game though, this is a game about lifestyles. In Monster Hunter games, you are in an advanced, Native American like tribe. As a warrior and hunter your custom character hunts and defend your tribe from animals and enemies, but these aren’t any enemies, they are monsters. My avatar picture is some of my favorite monsters. And just like Natives, these people use all of the body parts. They use monsters to eat, farms, study and upgrade and make weapons. If anyone wants to help me with making this please contact me. If you want to learn more about these awesome monsters they actually study them and you can find them on the Monster Hunter wiki. 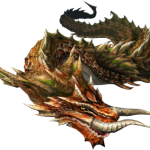 Raviente, a giant snake and the largest monster 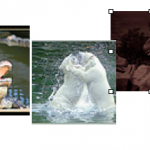 If I were an adult I would wake up on a historic day. This is the day a crew of biologists and I would make history by cloning the first dinosaur or make a new species. If I were to make a new species it would be a polar gator, with characteristics of a polar bear and an alligator. They would be dominant predators and be able hunt on land and water. I would release them in the wild and see how they survive. If they survive I would make more species, possibly some that could be pets (Grizzly Dog), balance nature (Lizard Eagle), or help people (Camel Oxen). I could do many things. 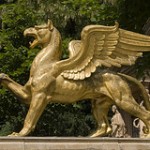 I woke up and I felt like I was being watched. Harry wasn’t in the room, I was alone-I think. Then I heard some one lean on the door on the door. Luckily I was clothed when I saw Hazel walk in. “After school today come to my dorm room. If you want your brother to know about you and what you have to do, you can, but he will be in danger if he travels with you.” I was confused. “Travel? what are you talking about?” I asked quickly. “You’ll find out tonight, our first class is starting, we ought to go.”

When the horn bird caws, you have to get to your class, three minutes later, it caws again. If you don’t make it by the second caw, you are late to class and have to spar a teacher (They are usually good). Hazel and I made it on time and Jack didn’t. He is the best at sparring and since the teacher knew that he asked if anybody would like to spar while he was warming up. Harry threw himself up and said “ME!” Harry ran at Jack, his wooden sword out. Harry ran at Jack full speed. Jack retaliated, he stepped to the side tripping Harry and pointed his sword at his back. “You are horrible. Who’s next before I beat Mr. Lee?” Before I could stand, Hazel shot up like a werewolf. “I would like to duel.” she politely said. “Wow a girl, she’s so good.” Jack said sarcastically. “Let’s go.” Hazel said. Jack suddenly took the offensive, he ran a Hazel, ready to raise his giant wooden axe down. Next thing you know Hazel easily dodged if with gracefulness, then Hazel dashed and she was behind Jack. Jack fell to the ground. WHAT?! I thought. How? Why? When? Where? Jack started howling in pain. Whoa! Amazing! After that commotion we started weapon battles. Many boys thought Hazel was a fluke, so they challenged her. All of those boys’ weapons  got destroyed in battle. I sparred against a friend of mine, Joey. My preferred weapon is a sword. Joey was using a double bladed staff. I swung with stealth and speed but Joey avoided me, barely. He took a shot at me, I deflected it with my sword. His arm was up in the air from the deflection I moved in for the finisher, suddenly Joey kicked me in the face.I was stunned and I was about to be finished of when something took over my conscience. I went crazy I dodged with a back Filippa and moved in for the final blow. I punched Joey in the face as hard as I could, he on the ground, defeated. “What the chiz drake? Not so hard. Gosh!” I told him I was sorry, and that I didn’t mean it. Joey ignored me for the rest of the class. I told Harry and Hazel what had happened. They said they’d help as much as they could to find out what happened.

Next we had pet class, this is my favorite part. It was time to train my griffin. Hazel was new so she got to pick a pet. She chose a baby roc (not a rock but a roc), a giant eagle that when full sized it can kill and eat elephants. This one was just hatched, but it was still about five feet tall and had a twenty foot wing span. Using her magic, Hazel easily trained her roc, while almost everyone else had a much harder time. Hazel’s roc was named Eero, Harry’s chimera is named Tartarus, and my griffin is named Vantos. All period we had to try to ride are pets, teach them to hunt, attack, sit, and play dead. It was tough, real tough. Next I will go to Hazel’s room like she asked me too.

As I walked into Hazels room with Harry I noticed that Eero was in their too, in a very deep sleep. “So, what did you want us to come for?” we asked. “You may not believe me, but what I am about to tell you is true. I am an elf, that is why I am powerful in magic and weaponry. you two will have to go on a mission with me to defeat a vampire king.” “Yeah right, prove it.” demanded  Harry. As she turned into her elven form (that was even more attractive) with really long blond hair and clothes from animal skins and plants Hazel said “Crimson was a powerful young elf who loved to whet his stones for hunting and seemed very timorous. But inside, he was a evil elf, ravenous for power. He had a pure heart, it was pure evil. All he wanted was more power, to conquer everything, he destroyed his tribe. He felt no remorse after slaying his tribe. He took over other places and made speeches about power and you had to give him an ovation or you die. Once a creature wanted to meet him at a rendezvous and he didn’t know he had xenophobia, because of this, the beast got slaughtered. Soon Crimson made a castle on a promontory with a great sea view. He even made people do libation for him. He was about to rule and destroy all when a vampire warrior appeared and killed him with his legendary death sword that he had stolen from a great dragon that he didn’t deserve to wield. Even though he didn’t deserve it he looked out into the panoramic ocean view and said “I am the Vampire King!” and that is how the Vampire King came. But then he was weak, and now he is powerful, more powerful than Crimson ever was, and he still has that sword too. He will be hard to beat!” and then she sent an image of everything that happened to me, in my mind with her magic. I was shocked. I stumbled out of her room and then I fainted.