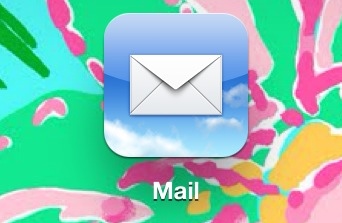 In the book Cosmic, Liam is reading a book called Talk to Your Teen. Here are some examples that I think should be in the book:

Do you want to know what you are doing wrong? Here is some advice. Give your teen a way to contact his or her friends, they need to be able to text or email. Checking your teen’s text messages, they get really mad at you for that and might think that you don’t trust them. Putting parental controls on their computer, they hate that, it blocks sites that aren’t even bad. Making them go to bed too early, never make your teen go to bed before 9:30 on a school night, and on weekends they should be able to stay up to at least midnight. Putting a T.V. in your teen’s room, that is a great reward for your teen, if you are afraid that your teen will stay up all night watching it, it is their fault, they will be the ones that are tired. Food, never let them have too much junk food or sweets, one sweet a day is a great amount. Don’t control you teen’s life, if they get out of control, then you can step in. If you follow this you and your teen will be much happier.

If I were a grownup for a day I would take a vacation to France with my friends, and have a ham and cheese croissant for breakfast. Then I would go look at the Eiffel Tower, and maybe go up to the top of it. I would go shopping at a French store, and buy a lot of stuff because I have a credit card. Then I would have lunch at a very elegant French restaurant. I would then visit the beaches on the coast, and maybe take a trip to Le Havre. Then at dinner I would go to a nice party, and dance all night long. That is what I would do if I were a grownup for a day. 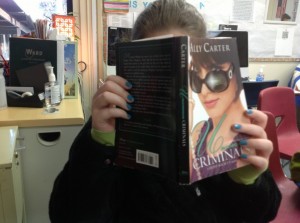 I’m reading “Uncommon Criminals” by Ally Carter. This book is about Katarina Bishop, a teenage thief. Well she wouldn’t call herself a thief, she steals things, but then gives them to their rightful owner. But for the last two months she has been known as the girl who ran the crew who robbed the Henley. When Kat comes across a woman who asks her to steal the Cleopatra Emerald, there is a lot of planning to go through. When something horrible happens Kat is not going to give up, she has her crew of friends and family who are ready to help.

This book is a great mystery. This book is the second in a series so I would suggest reading the first book “Heist Society” first. I love this book because it is a great page turner; I just want to fnd out what happens next. 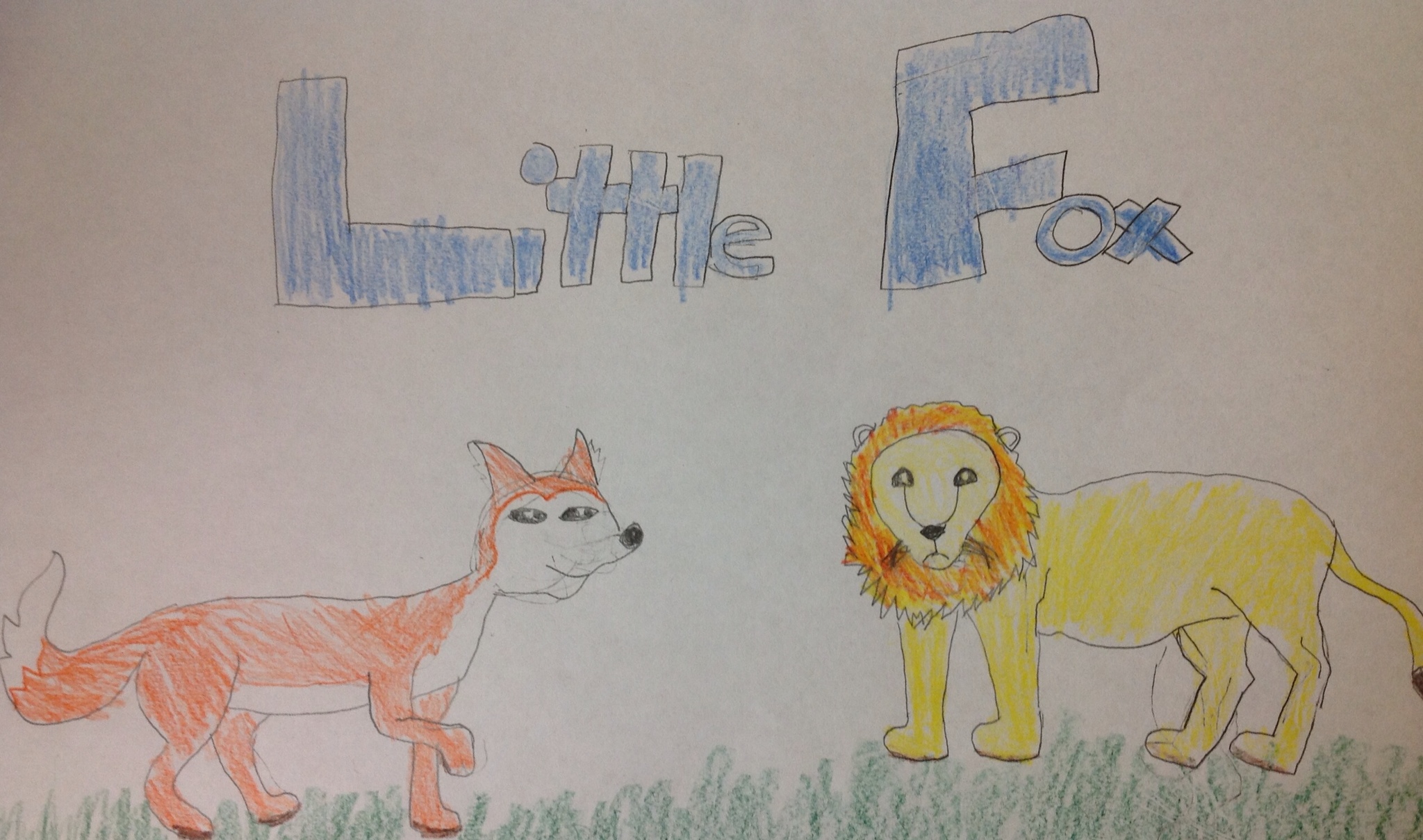 There once was a lion who was a very great king, but when he died a great darkness fell over the forest. Everyone was saddened with grief, but there was a war going on in the land, they had to fight. While this war was going on, one of the last king’s advisors was looking for a new king, at last they had found someone who was believed to be a great ruler. He was not a good king, he brought more darkness to the forest.

Little did they know that there was a little fox of in a cave with his parents, he was a kind fox and he was generous. As he grew his parents knew he was special, there was a light in him. He brought happiness to everyone in the forest that he knew. His parents thought that he should be the ruler, they got the advisor to come and see.

The advisor tested little fox, and he thought that little fox was the one that would bring happiness to the whole forest. When the advisor told everyone else, they laughed.”He is so small, how can he rule the forest.”

The advisor said, “Size doesn’t have anything to do with the fact that he will be a great king, if you just give him a chance.”

“Okay he has one month to try and bring happiness back to the forest. If he succeeds then he stays king.” The advisor told this great news to little fox.

After just one week, little fox had brought happiness back to the forest. He was the best king they had ever had. Little fox stayed and brought the happiness to the kingdom.

The moral of this story is “don’t judge someone by how they look.”

After we took the Wisdom Tales open note test, we had to choose a wisdom tale that we liked and make a comic out of it. I chose “Fire, Water, Truth, and Falsehood” and went on Comic Life to make the comic. I had to write the title, country, key parts of the tale, moral, and of course my name. We had to draw our pictures, instead of taking them off the internet. I loved this project because it was a way to include pictures with the tales, and it was fun.

When Katarina Bishop was 3, her parents took her to the Louvre, to case it. For her seventh birthday, she and her uncle traveled to Austria to steal crown jewels. On Kat’s fifteenth birthday she planned a con of her own getting herself into the greatest boarding school in the country, determined to leave the family business behind. Now when Kat gets kicked out of the best boarding school in the country, she finds that her father is accused of stealing some paintings from a powerful mobster. When Kat meets the movster he says if she doesnt give him his paintings in two weeks, her father will be in danger. With some friends and some courage Kat has to find the paintings and prove her dad innocent.

I’m thankful for many things, but one of the things that I’m most thankful for is my friends. Friends are one of the best things in the world. One of the things I can always count on are my friends being there when I need them. My friends have helped me from the start, they always know If I’m upset and help me get through anything. My friends are fun and they always stand by me no matter what. On occasion we fight but we always get through it.Throughout the years my friends will be there for me, I may make new friends, but I will always treasure the old.

Hey have you guys been to Khan Academy? Well it teaches you about computer science. If you are currently in tech, you know what I’m talking about. Khan Academy is fun; it teaches you how to draw, animate, color, and many other cool things on the computer. Creating drawings is fun. You type in a bunch of words and numbers to get your drawing to look right, all of the words and numbers you might not think would be easy to understand, but the computer understands it! Khan Academy has many helpful videos on how to do these things. Khan Academy is something you should check out, when you don’t have anything to do. 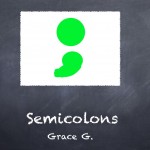 So in Mrs. Donnelly’s Language Arts class we had to do a grammar project, and my topic was semicolons. The first thing I did was find good sources. I found the Grammar app, Grammar Girl app, and Grammar Guide. I found a lot of interesting things about semicolons; for example, you use a semicolon before introductory words like, therefore, for example, however, and many other words. I found that you use a semicolon when there are two short sentences that are related to each other. For example, “Don’t eat the apple; it could have worms.” I learned many things, but how was I going to present them to the class in under three minutes? I decided to present my information on Keynote on the iPad, so it would be kind of like a slideshow. Going up in front of my class was kind of scary, but I enjoyed it! I really loved this project! 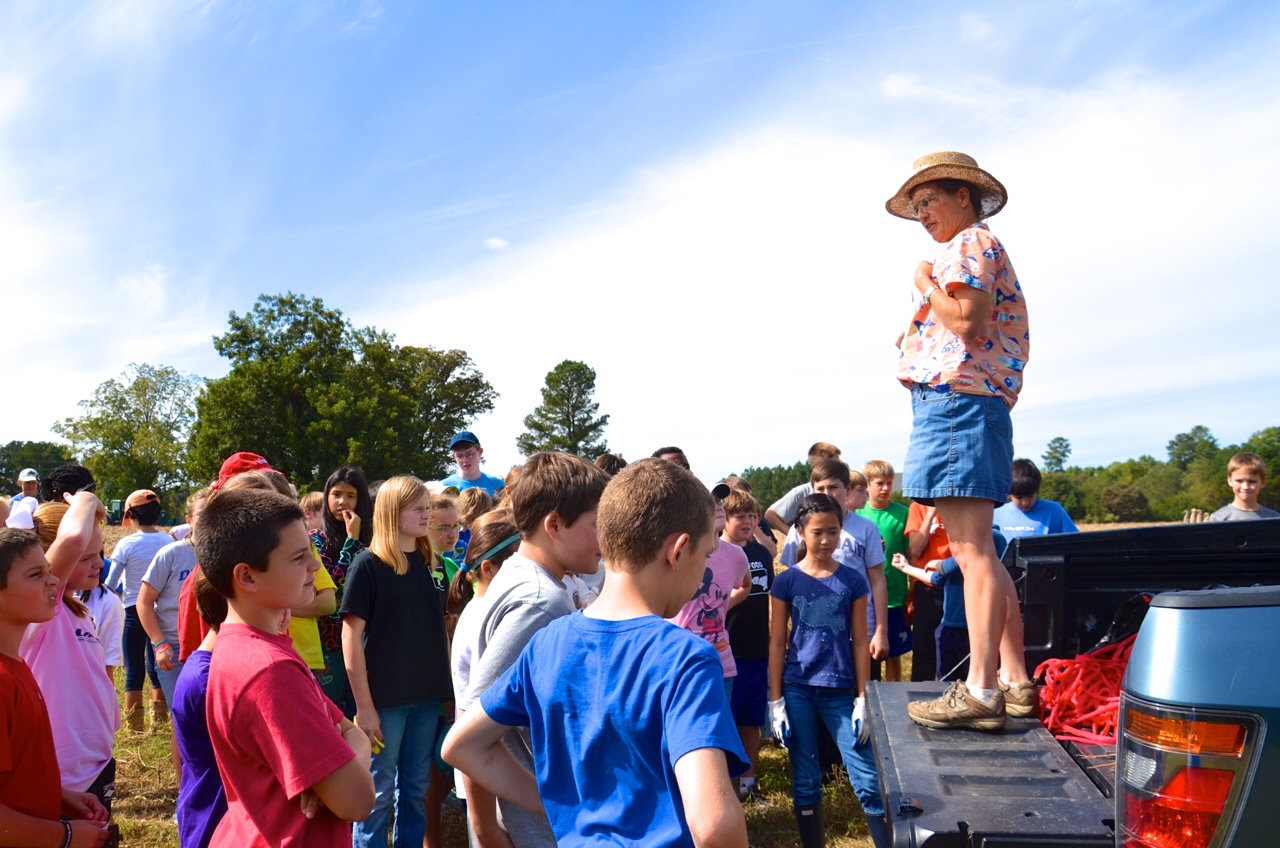 At school we had community service, and the Donnelly advisory went gleaning. Do you know what gleaning is? Gleaning is picking potatoes after the field has been plowed by a machine. We went to a farm outside of Raleigh. We were picking potatoes for the Society of St. Andrew. We were there for two hours. It was pretty fun at first, finding the potatoes, seeing which ones were the smallest, and which were the largest. After an hour it was kind of tiring, doing the same thing over and over again, but now I know how hard farmers work, and they work for hours and hours. We only worked for two hours. In the end, we did pick a lot of potatoes, and I hope the food bank in the community is happy with them!