​As Thursday rolled around, the Wheel of Fortune match was on. I was going to compete against a taciturn young girl named Makenzie, and a lugubrious man named Leland. On my way to the podium I was pinioned to the wheel so I couldn’t get up. That gave me a small nodule on my forehead. But I didn’t realize it until I was prostrate from passing out. I picked myself up and went to my spot. That sure was soporific!
​The first spin was complete maelstrom. The rest of them were really calm though. Then suddenly Leland spun the million dollar award. He let it oscillate in a tantalizing way. On the last play I went bankrupt. I left completely saturnine. I failed. 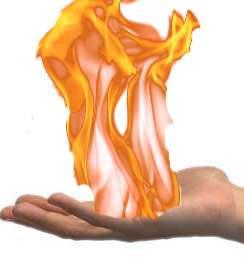 I woke up bleary eyed and amazingly clean. At first I didn’t remember anything, but then I remembered the fire and wondered if I was in heaven. I mean there had been a fire and I remember blacking out. Then another thought came to me. Where was my mom? Was she all right. I felt frightened. Had both my dad and now my mom died in a fire. I couldn’t believe it. I opened my eyes and looked around at my surroundings. I was in a white room. All the walls were shining with light that was reflecting from a single bulb that was hanging on the wall. After a couple minutes the door opened and a man with a black cloak walked in. His hood covered his head.

“Well hello,” the man said cheerfully. The words came form under his hood. I glowered back at him. Why was he keeping my in this prison?

“Why are you keeping me here?” I asked, my voice still hoarse from the fire. His expression was still cheery.

“Well you are here because I found you half dead in my property,” he said.

“Your property?” I said. I thought it had been a museum.

“Yes, the museum you were almost killed in was part of my property.” Hmmm. Then again it hit me. Where was my mother.

“Where is my mother?” I cried. I already knew the answer. Why was this happening to me. My whole life had been a tragedy. First my father, and now my mother. I had no family left. He didn’t answer. Instead he asked me a question totally unrelated to my question.

“Say, John, what do you know about magic?” I was confused. A grownup that talked about magic in any other context then that it wasn’t real? Who was this man.

“Nothing, I don’t believe in magic. I mean I know about fairy tale magic, but that is about it.” The man nodded and then smiled. He didn’t approach magic again. For the next days he nursed me back to health. Over that period I hadn’t learned that much about the man. All I knew was that his name was , and that I should never ask how old he was. After I got better he told me that I should learn hand to hand combat. “Are you going to teach me or will I go to some school?” I asked. The man laughed.

The room was dimly lit and the floor was matted for protection. The lesson began with stretching and then moved into technique. He showed me how to kick and other moves. Then in the middle of class we staged a mock fight. The very strange part was that when he knocked away one of my hands as it came down to strike him, Vlad’s hand burst into flames for just a tiny second and then cooled off. I was still left with a slightly burned arm. Vlad realized his mistake immediately and acted like he was very tired. He put his hand up.

“I need some water,” He gasped as if he was very tired. He was very passive for the rest of the day. I wondered what had happened.

After a couple month’s I had improved greatly. My martial arts skills were fair and I could defend myself against most people my age. Of course I wasn’t a master and anyone who was really serious about martial arts could probably kick my butt. Then abruptly we had to leave. We had to take a trip to Mexico.