It’s that time of year to decorate trees, make cookies and make your wish list! Can you believe that Christmas is only 7 days away! Christmas is one of my favorite holidays. It’s a time when all of my family is together and we have an amazing time! When I do appreciate all the gifts a receive, I especially enjoy the actual feel of Christmas. I can’t wait for Christmas and winter break! I hope we get at least 2 inches of snow this year! Happy almost Christmas everyone! 🎅🎄🎁

Isn’t it so exciting that Christmas is in 20 days!? I can’t wait. I just got my Christmas tree, but it doesn’t have anything on it yet. Actually, I haven’t put up any decorations yet. Josh, my brother, wants a pocket knife, but I don’t think he’s getting one. I have no idea what I want. I hope everyone is excited about Christmas and I hope everyone is ready, too.

Christmas!! Christmas is definitly my favorite holiday! I love decorating for Christmas like getting our tree, decorating it, decorating the outside of our house, hanging snowflakes, and absolutely opening presents on Christmas Day! We got our Christmas tree on Monday and our wreath to decorate. Once we were done decorating our Christmas tree I could feel the holiday season coming sooner and sooner. But one thing I don’t like is Christmas Eve, because I am so excited that I can’t fall asleep. I hope everyone has a good Christmas, what is everyone asking for? 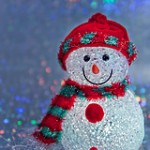 I like christmas a lot but it has different meanings for different people. Anyway, I wrote an acrostic poem about christmas.

Cocoa, when it’s cold outside.

Riding in an airplane to get to your destination.

Isn’t it nice to sleep in during vacation?

Snow, what I’m always wishing for.

Morning of the 25th.

Always having lots of fun.

Snowballs to have a fight with, unless it doesn’t snow.

I hope you have a great holiday season, whatever your religion is!

Christmas is my favorite holiday of all. You get presents, have fun, and you also get off of school. Bad things happen too; people steal gifts that are on the front porch that have been mailed. I love Christmas but why do we have Santa Claus. Who made him up and why? Is it even possible to cover the entire world in one night with flying reindeer? Why do you leave him cookies and milk on Christmas Eve when he is supposed to give you presents? Why is he fat? Is it because of the cookies and milk from every kid on earth? Why does he wear a red coat, does he have anything else? How does he know if your good or bad, does he have elves that stalk you? These are questions that I have that are about Santa Claus because we know nothing about him. 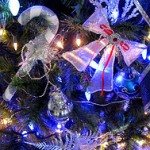 Sparkling lights covering everyone’s homes. Trees are decorated with delicate ornaments and bright lights. The Christmas smell fills the air. I hear children humming their favorite carols. Everywhere I look is covered in red and green. People dressed up to get into the sprit. I can’t wait for Christmas!

Having a loving, laughing, family around you

Rough and tough wrapping paper to rip through

Safe and warm homes to stay

“Time to eat!” They always say

All the long nights full of sleep

Saying goodbye to Winter and hello to Spring