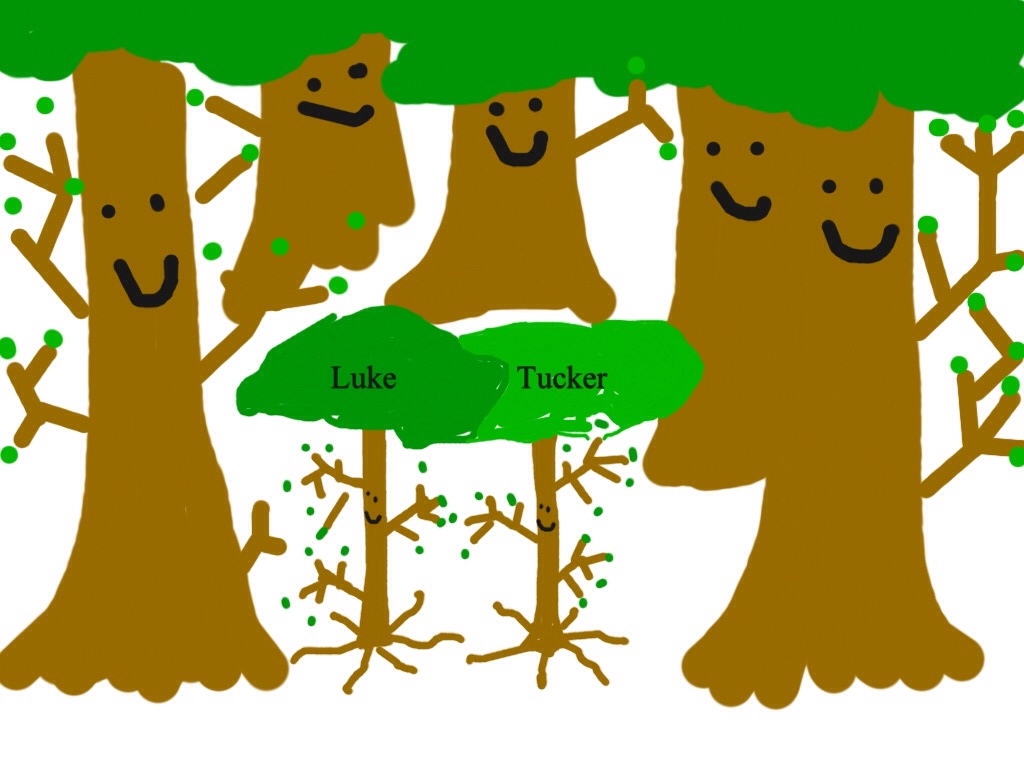 Once, long ago, there was an uninhabited forest. In the forest, all of the trees were alive, but they could not move from where they were rooted. They talked to their neighbors and sent messages from tree to tree in peace for many years.

The next day Tucker thought of something that no tree had ever thought of before. They were going to uproot themselves and walk around on their roots. Luke and Tucker shifted their roots until they were all above ground. All of the trees around them said “What are you doing?!?!”

The older trees said, “We wouldn’t do that if we were you! You will fall over and cut your bark and snap your limbs!”

Luke and Tucker replied, “No we won’t! You old trees are just jealous of our wonderful idea!” And they started to walk away.

After a few steps, they both fell. The older trees helped them up and put them back into the ground. Luke and Tucker were happy to stay where they were from then on.

Moral: Think before you do something.