I have to admit I had the best time possible at Camp Cheerio! More than any other 6th grader at Durham Academy! All it took was a little time settling in to the new schedule. My favorite activity was mudslide and zip lining! That’s what really completed my experience at Cheerio! First we started out with canoeing. Although my partners and I got stuck on every rock we laid eyes on we still made it to the end! We did a bunch ofactivities.  After we had done everything else and it was the last day we got to do mud slide and zip lining. First we got to do the zip lining! I was so excited it was a quarter mile zip! As a watched all my friends go by on the zip line saying how much fun it was I was ready for my turn. When it was finally my turn I had to admit I was a little afraid. Next thing you thing you know I was flying in the air screaming at the top of my lungs. Before I knew it it was over! The best 10 seconds of my life! Of course I had to go again. Sadly I only got to go two times. If I  thought that was a little frightening I was in for a big ride with the mudslide! I was not going to go until my classmates insisted. Once I saw a couple people do it I decided to go. Forgetting my bathing suit at home I was up next. With everyone cheering behind me and my friend at the end of the mud slide screaming my name I closed my eyes and hopped right in! Mud and water covering my face, all I could do is scream. Bumpy rocks beneath me going so fast! BOOM! There I was at the end of the slide sitting is a big pond of mud. Falling face first I got up. All I could do is laugh. As I walked up with my friend we decided that was the best time we ever had. Going again and again I  lost track. At the end I was glad that I got to go to Champ Cheerio and did all these fun activities! 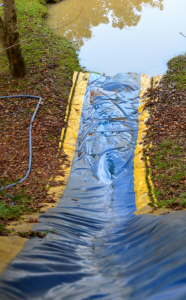 While I was at Camp Cheerio I went down the mudslide, which is so much fun. I was very scared because the pool of water that I went in has a visibility level of about 1 inch. I was very scared but the counselor said that the other girls didn’t go until the very end and they regretted not going sooner. So I waited a few minutes and watched people go down the slide. They were going pretty fast down the slide. I was not surprised though because the slide was very steep. One person did a face first landing straight in the water because he sat up at the end and the momentum shot him straight into the water. This made me not want to go down so I waited a few minutes, but against my own will I went down. I lay down on the the tarp. I crossed my knees and the counselor pushed me down. I was scared going down the slide, but when I plopped in the pool I wanted to do it again. The original with the mud visibility was now almost gone as I went down the slide many more times, and by the end of the day my feet were all muddy. 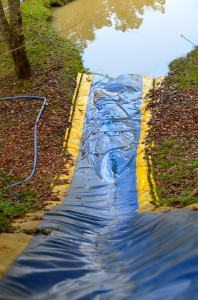