If I woke up one day and I was a grownup I would buy lottery tickets to get money. I would build an airship and fly all over the world. I would make a moon base and devote it to solving world hunger. I would build the best antivirus for people who are sick. To dispense the antivirus I would fly around in the airship and spray areas with it. Then when I am done I would restore WWII tanks and cars. 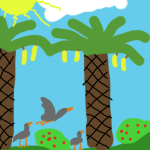 I made some pictures for a wisdom tale called A Flock Of Birds from India. This is one of the pictures. The tale goes like this. There was a flock of quail living in a forest. One day a hunter showed up and captured some quail in a net to sell at the market. The remaining quail went to go see the old wise quail. The old wise quail said that they needed to work together. The hunter threw the net over the quail, but this time all the quail beat their wings as one and lifted the net away.

The next day the hunter came back and threw a net over the quail. The quail beat their wings as one, but one quail accidentally bumped into another one and started a fight. The quail could not lift the net and the hunter took them to market. The hunter laughed and said, “United they escape, divided they’re dinner.”  MORAL: Work together for the better of all.

I am thankful for my dog Snowy. He is four and a half pounds so he doesn’t take up much space especially when he curls up into a ball. He is a maltese and is filled with energy sometimes and is asleep the next. I am thankful for him because every night he sleeps on the pillow next to my head. When he hears a noise in the hallway or in a differant room he will lift his head up and look through the crack in my door from the bed as if he was standing guard overnight. He waits for me in the hallway, on my pillow, and on the stairs for me to go to bed so he can sleep with me. I love my dog Snowy. 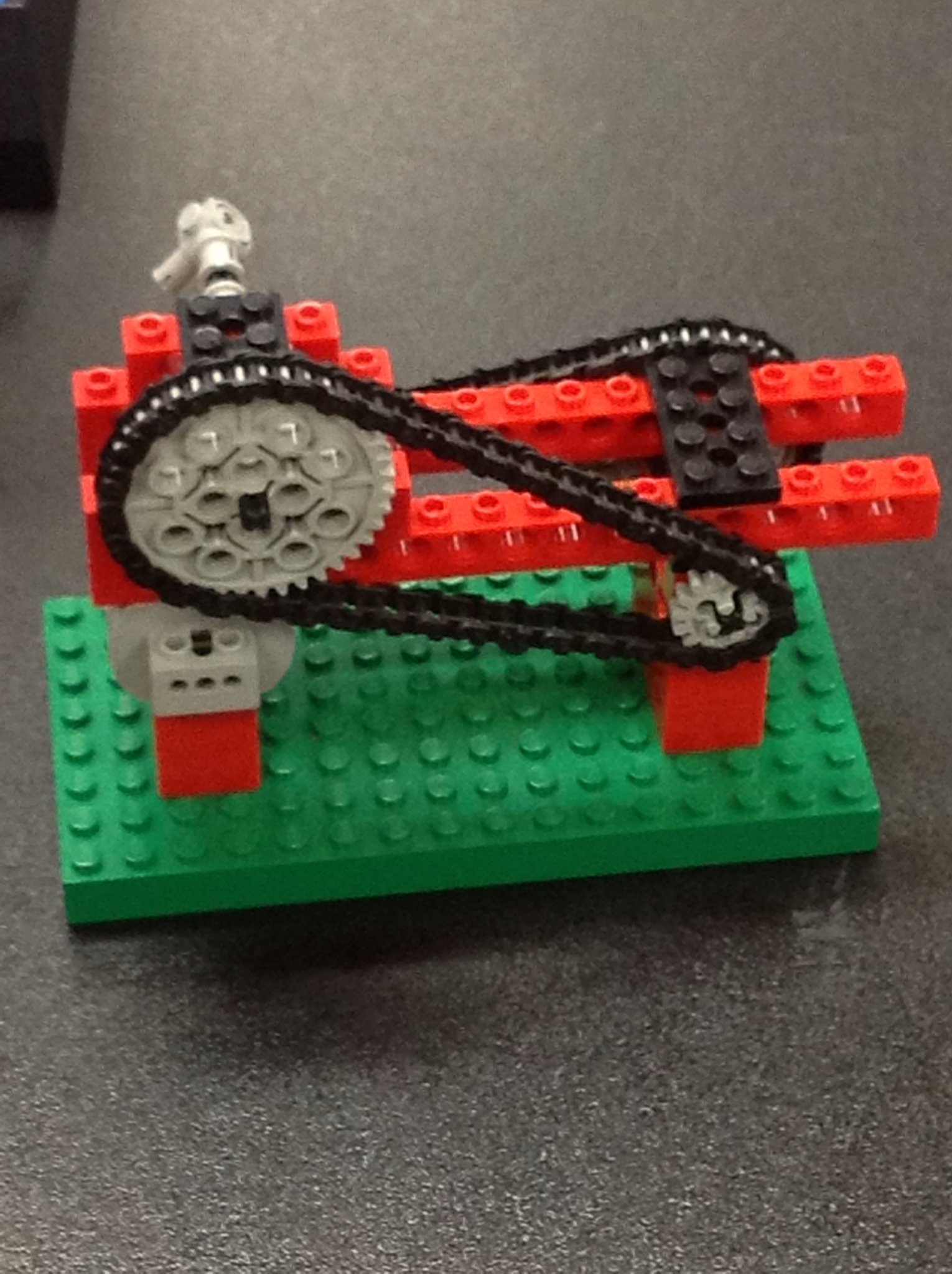 For our community service project we went on a trip to the Ronald Mc Donald House and filled plastic shopping bags with sand, doubled up the bags, and put the bags in the back of a small shipping container. They will be used to make luminaries that will line things like driveways, roads, and outlines of just about anything. The RMH makes around $70,000 a year by selling luminary kits. That’s a lot of luminaries! We made about seventy luminaries. Other groups picked sweet potatoes for charity, and decorated pumpkins for a local hospital. 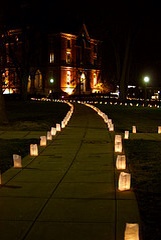 Katniss Everdeen lives in district twelve, one of the twelve districts in futuristic America called Panem. Each district is known for a different item. District twelve is known for coal. Her father was killed in a mining accident, but before he died he showed Katniss how to hunt with a bow and arrow. The hunger games takes place because the districts must pay for the total destruction of district thirteen. Every year two people from each district from  the ages of twelve through sixteen are put in an arena to fight to the death. Every year the arena changes; one year in was extremely snowy, and one year it was a barren wasteland with barely anywhere to hide. This year there was a forest, a drop off, a lake, a pond, and other places. But each year one thing stays the same, the cornucopia. The cornucopia holds all the supplies in the arena, so if you don’t get the cornocopia then the only way to get  supplies is to kill other people. The weapons are the same, they change every year. One year there were only maces to bludgeon each other to death with. This year there was a bow and twelve arrows, a spear, a sword, knives, and many other weapons.

The Hunger Games Is a book in where every year a boy and a girl are chosen from each district, are trained, and then thrown into an arena to fight other district members to the death. The view of the battles are from Katniss Everdeen who volunteered to replace her sister as a tribute. In the arena there are traps and places where you can get food and weapons. The essentials are water, food, and shelter (some are rocks, some are trees). The traps range everywhere from poison bee nests to fire ball launchers. Every night the results are posted on a giant TV screen being held by a hovercraft in the arena.

I am proud of my whittling skills because I carved a knife that can’t cut anyone because it is so dull. I also carved the top of a stick so that it had the Boy Scout symbol on it.