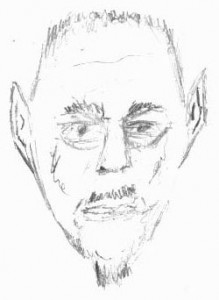 I started this story early in fifth grade. I abandoned it after writing a little and decided to not write anymore. Then later in the year I picked up where I left off and wrote some more that week. I again got bored with my story and moved on to other things. Sports, friends, and other stuff. I recently picked up again and wrote another couple pages. I will try to give a chapter a day if I get comments. If lots of people comment I will dust off some older short stories that I wrote in 4th grade and post them. Those are much shorter, but I will still have to post them in segments. I will try my best to edit both the short stories and Darkhold, but if you see mistakes please, talk to me if you can. So here goes nothing…

Hecta turned to face me. His face was dark and he was frowning. I looked at him questioningly. “Why have you come here? We had an agreement,” he said in his annoyingly deep voice. I smirked at him arrogantly.

“An agreement you broke first,” I countered.

“Leave me in peace before I get angry and decide to destroy you,” he went on. Always so dramatic. He knew I was more powerful.

“If you are so fond of preaching our agreement then why did I have to deal with one particular thief trying to rob me of a very valuable artifact?” I was out of breath after I finished. Hecta’s eyes were still cold and hard.

“What does this have to do with me?” Hecta asked. I smirked at him again just because I was one of the only people that could.

“Well after some considerable torturing he uttered one word. That word was quite revealing. Can you guess what word he told me?” He shrugged.

“Well, he told me your name, Hecta. I thought I told you, you never tell people your name. But you did and you will pay for it,” I said.

“Bite me,” I taunted and turned my back on him. Hecta gave an angry growl and lunged at me. Just before he hit me I willed myself into non-existence. I wished myself home. I disappeared.