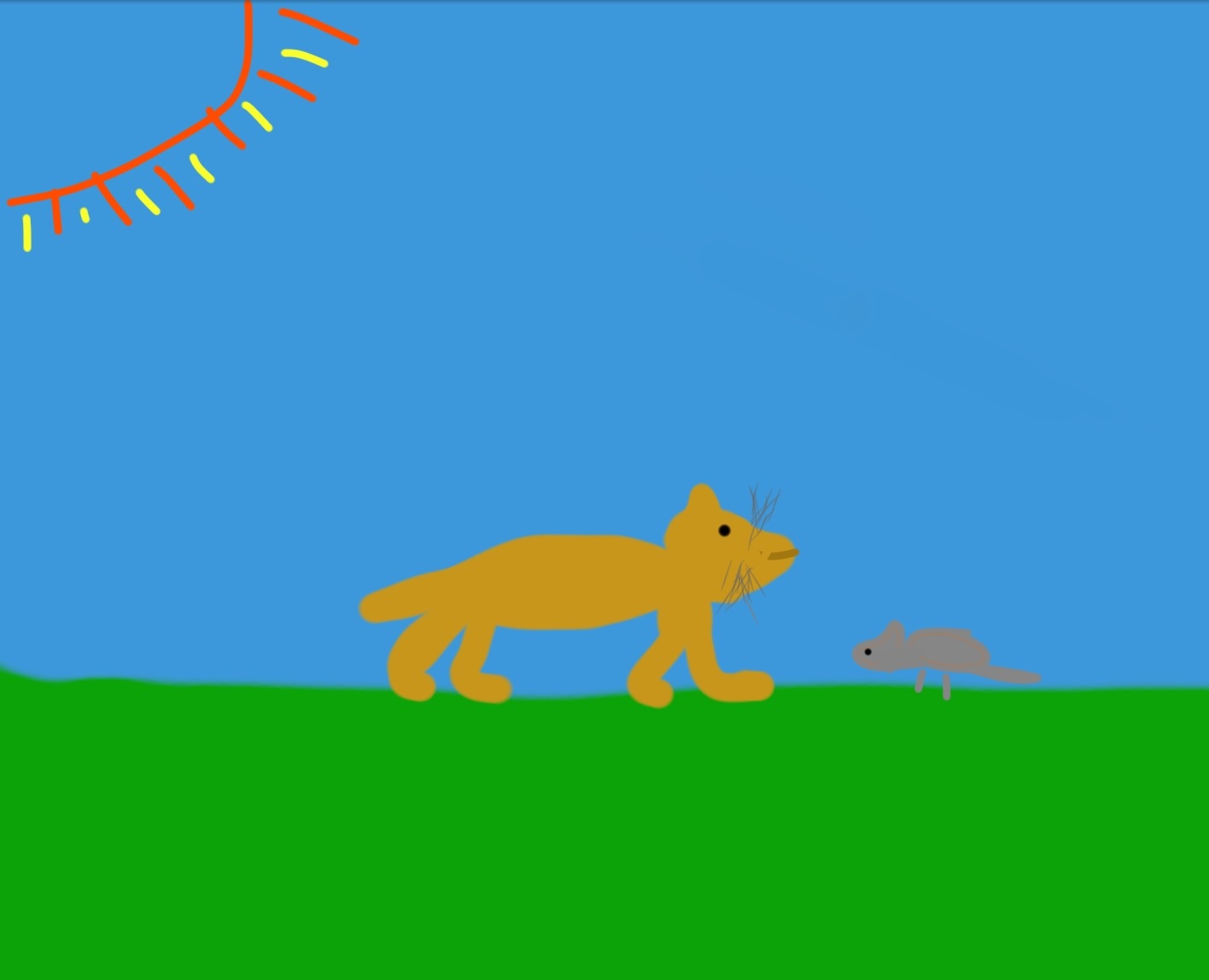 One night the 13-year-old mouse went to meet his friends. He saw the cat. The mouse panicked and had no idea what to do. His friend saw the cat and tried to ask the cat, “Why do you always try to hurt us?”

“The cat responded, “I don’t. I just don’t have many friends and I thought we could be friends.”

The next day the mouse talked to his mom about the cat. She thought about it and said, “Try to talk to the cat a little more so me and your dad can see what’s up.”

So the mouse listened and went to the cat and tried to talk. The cat said the same thing about him not having many friends. So the mouse went home and said, “We don’t need to move, the cat just wants some friends.”

From then on the mouse and cat became best friends. They now play everyday together.

The moral of the story is: Don’t judge a book by its cover.