In LA I chose “Why the letter “Y” is a vowel” as the topic of my grammar project. I chose this topic because before I chose it I never really knew the answer. I have to say, finding several different reasons was fairly difficult, although I found some. One reason is that “Y” is a diphthong. A diphthong is a combination of two vowel sounds. For example, in the word “my”, “Y” is a diphthong. Also, something very important that I learned is that “Y” is both a vowel AND a consonant. An example of “Y” as a consonant is: young. An example of “Y” as a vowel is: hymn. When I was presenting I felt as though I did a very good job. I felt that I spoke loudly and clearly, and I put great effort in to my project. Now I will always know why “Y” is a vowel! 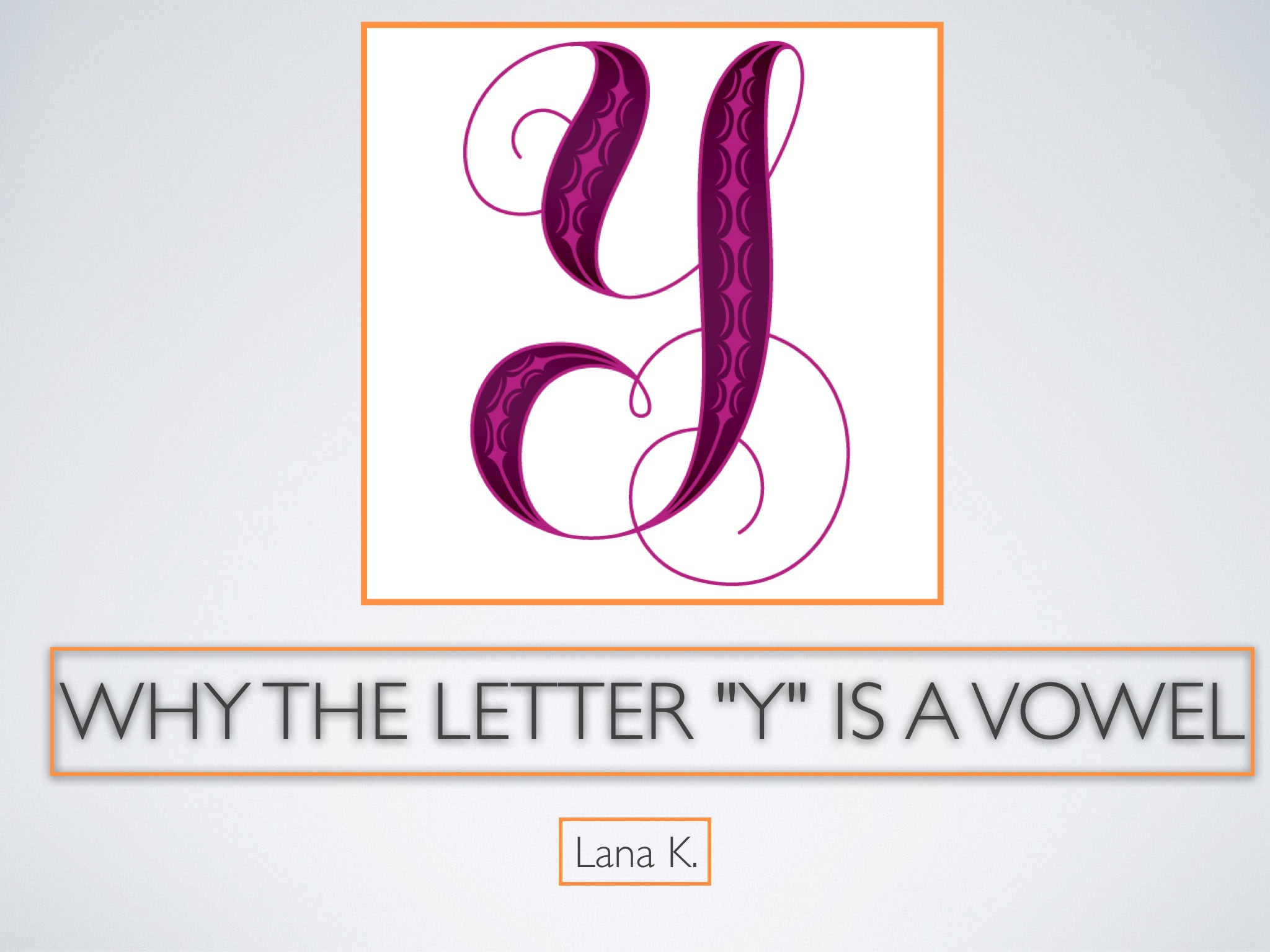