This year the worst thing happened, our god died.  He was very precious to our family because we all believe in god and we have gone and seen him.   I was so sad I had started crying because my parents knew that he had gone through a lot of trouble and it was really painful because he was the only god that you could go to in India and he would bless you. This god is very special. One time my dad got really sick and I prayed really hard.  The next day I went and took out a book and I had always looked at the book everyday but that day I saw a picture in my book.  So I opened to the page and it was a picture of him. I was so happy that I went and told my grandma. She told me that he had blessed me . From that day on I figured that god can really bless you.In 2012 I look forward to still remembering how he changed people’s life and I will always remember him.

In 2011 there were countless tragedies and victories but the ones that stick with me are the death of Steve Jobs, the Royal Wedding, Osama Bin Laden, and Japan’s tsunami. All of these things make up the year of 2011, the ups and downs, the good and bad, all of it.

Steve Jobs was born on February 24, 1955 and died on October 5, 2011. As many of you know, Steve Jobs was the co-founder of Apple. He created many great technologies that will always be a part of us and will live on forever.

The Royal Wedding, the marriage of Catherine Middleton(Kate Middleton) and Prince William the Duke of Cambridge.  A vast majority of people in the United States stayed up until 2am to the watch it live on TV.

Osama Bin Laden was the leader of Al Qaeda. Al Qaeda was the very best of the Islamist terrorists. They were the ones who flew planes into the Twin Towers and started a fire on September 11, 2001.

Japan was bombarded with a tsunami and an earthquake. 15,839 have died, 5,950 were injured, and 3,642 are still missing in the tsunami and approximately 1oo,100 died in the earthquake. This was a worldwide disaster but Japan’s women’s soccer team took home the World Cup and brought back respect for their country. 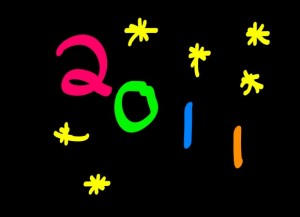