This year at Durham Academy, every middle school student received an iPad. I think one of the ultimate goals of the school was to go completely paperless. This goal was not met. I am not saying that the iPads were a bad thing; they were amazing; a great help in studying and checking homework. It’s just that the iPads didn’t lessen the weight of our books, it increased it. The Otter Box that the iPads are in weighed too much. Not all textbooks were online, and those that were required Adobe Flash.

Despite all of these complaints, the good outweighs the bad (as it always should). I use the iPad in every class. I use it to check homework, and to study for quizzes. The iPad is much lighter than a computer (even with the Otter Box), and much easier to carry. Even though Adobe and Apple don’t agree (no Flash), most Internet things can still be done, with the exception of blocked sites. Looking back on the year, I realize that he iPads were a wonderful gift, and that we are lucky to have them 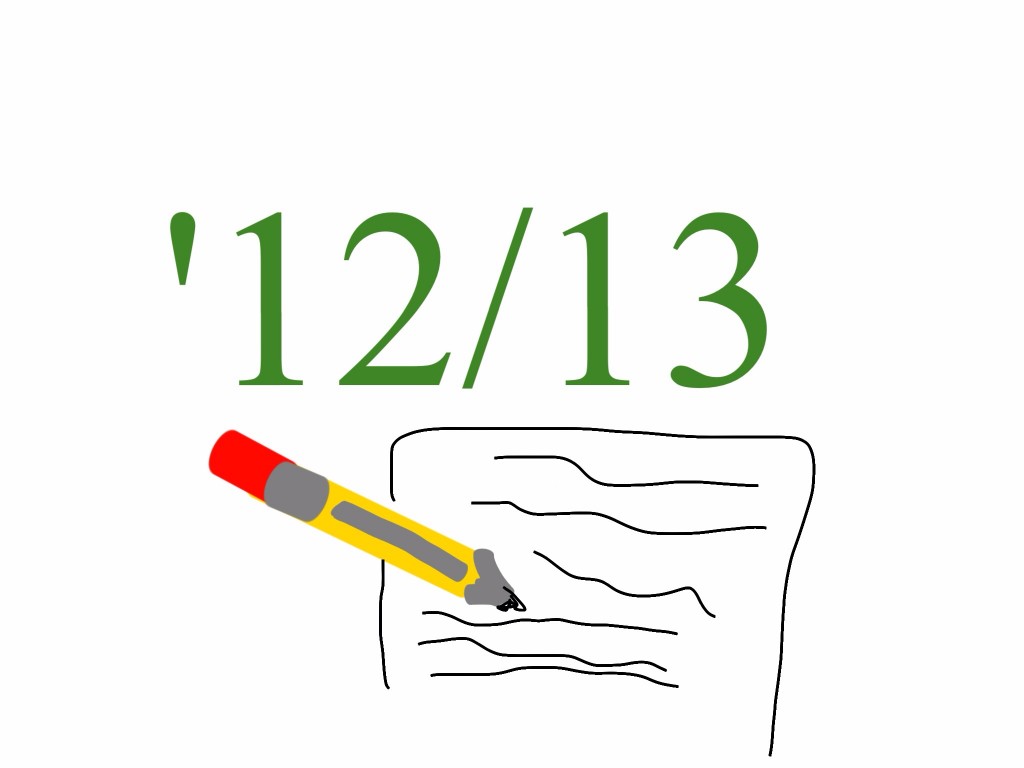 Photo Drawn by Me!

With the school year coming to a close, I think it is safe to designate one special thing about this year. This can be from all the way back to the first day of school to today, even. For me, it was getting to meet all of my morning teachers and Mrs. Donnelly on the first day of class. It made me happy that there were so many nice teachers that I would get for a whole year. What was yours? Please comment below!

image by Christy made in Skitch

For me, the event that hit me most in 2011 was the Japan tsunami. My mom showed me a video of a boat circling around and around in the current around the tsunami, and I saw the boat actually get dragged under. I saw people on that boat in that video and that really hit me. I heard a story of a man and his dog. They were on a walk, the dog left his normal path and turned up a hill. The man, curious, followed. A moment later the tsunami hit, and the dog, on the hill, saved the man.

The reason this hit me was the reality. After watching the video, I realized what was possible. I could have been traveling in Japan at that moment. I felt lucky to be safe.