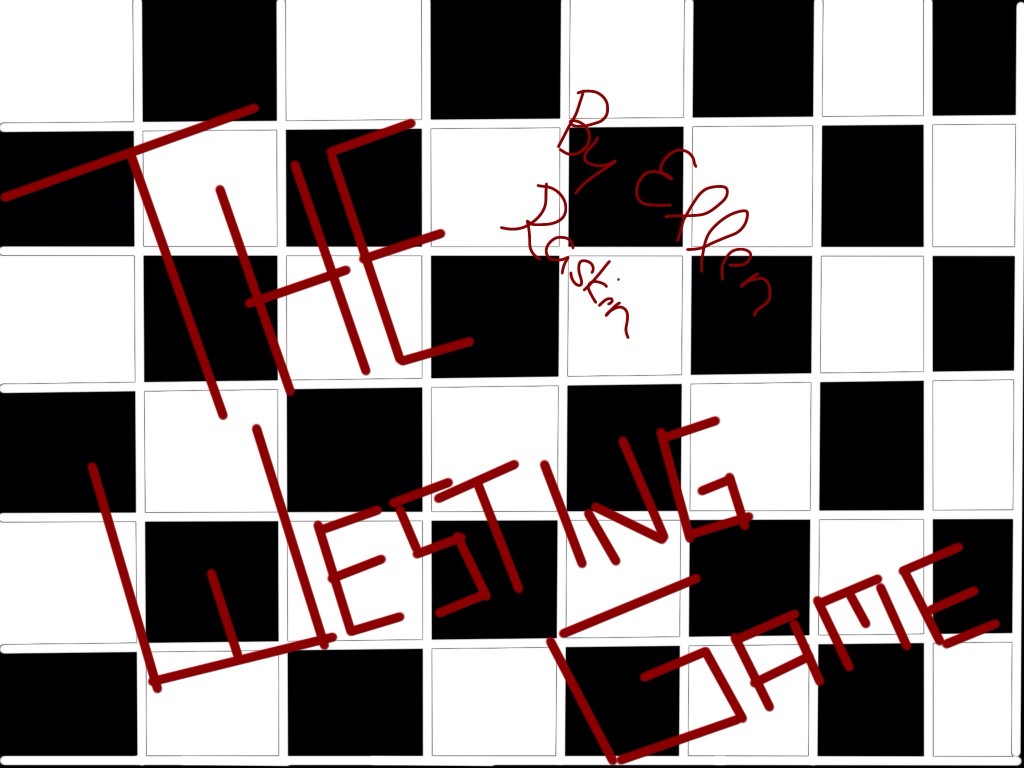 For the past few weeks in Language Arts class, we have been reading a book called The Westing Game by Ellen Raskin. This book is about a man named Sam Westing who died and is trying to find his heir. The trick is that the sixteen possible heirs have been partnered up and have to discover who murdered Samuel. W. Westing with a few clues that have been given to them. In the end of the book, there is a twist that will change your view of the book entirely.

My feelings about The Westing Game are mixed. I think that the book has a good plot but it is very confusing and I had a hard time following what was going on. Something that I like about this book is that there is no gory details having to do with blood and things like that. It is definitely a cozy mystery.

To prepare for the test on The Westing Game, we drew all of the characters in the book using the app Sketchbook Express and put the drawings into a trading cards app. We then filled out information about the characters. I did not really enjoy this process because I find it hard to draw on the iPad and the trading cards app we used was slow and we had a character limit when filling in information. I did learn a lot more about using Sketchbook Express, which I learned to really like.

One thought on ““The Westing Game” By Julia K”