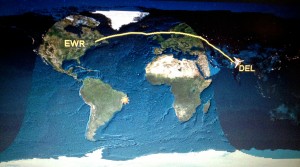 The first time my mom went to India was in the 5th grade where she stayed until she graduated as a senior in high school, only leaving one year for 9th grade in Raleigh, North Carolina. Her dad, my grandfather, was the director of the Rockefeller Foundation.  Here is my mom in the 7th grade when she attended the American Embassy School in New Delhi. 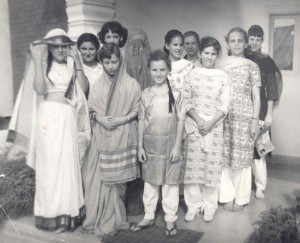 There was no television, no cell phone, nor a computer so she spent her time hanging out with friends, riding her bike, and reading. She also volunteered at Mother Teresa’s orphanage on weekends. 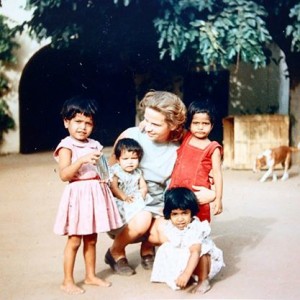 My grandfather grew up on a dairy farm in Reidsville, North Carolina and studied soil science in college. His studies and expertise took him all over the world from Peru, to India, and more. What could be exciting about studying dirt? Here is his dissertation. 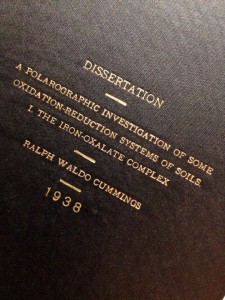 My grandfather was renowned as leader of the Green Revolution. “We had in North Carolina some of the settings for the kind of situations in many of the developing countries,” Cummings recalled in a 1991 interview with the NCSU Alumni Magazine. “It began to put in the minds of people that science could transform agriculture. I got a vision of what could be done in underdeveloped countries.”

In 1955, he organized and headed the university’s technical assistance program in Peru for two years. That began his career of world leadership in fighting hunger. He advanced soil science research and education not only in Peru, but in India and other developing countries through positions he held with the Rockefeller Foundation, Ford Foundation, World Bank and U.S. Agency for International Development (USAID).

From 1956 to 1966, working in India for the Rockefeller Foundation, he helped build research programs and eight agricultural research universities. These aided the nation in becoming self-sufficient in corn and wheat production. Among their innovations, he and his team of scientists in India developed a system that made it possible to grow crops during the monsoon season. Also during this time, he arranged the first import of high-yielding wheat varieties (developed by his colleague, Dr. Norman Borlaug, who won the Nobel Peace Prize for that contribution) which transformed India’s agriculture. My grandfather was the first director general of India’s International Crops Research Institute for the Semi-Arid Tropics. The ICRISAT auditorium was named for him.

Whether it was planting corn and beans with him in his back yard garden in North Carolina or traveling the world with him and getting to see how much it means to help others, my grandfather taught me that we can all make a difference. Do what you love, be who you are, and be kind to others. So began my journey.

I grew up with India being a part of my family culture. We have furniture and other artifacts around our house. I love Indian clothes and jewelry. As a reluctant reader, I gravitated towards stories about gods and goddesses with Ganesha being my favorite. I fancied my mom’s costumes even though I never pursued Indian dance. My mom learned Bharata Natyam, the fire dance, her junior and senior year in high school. 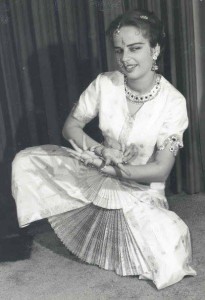 I went to India for the first time when I was in second grade and then went again in high school. I will have to share more about those adventures in another post! 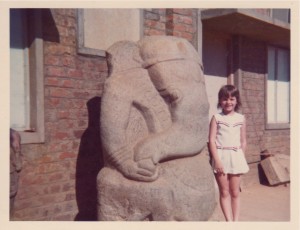 I just knew I had to go back. Next post will be more about our first day in India!

If you could do what you love, what would it be?