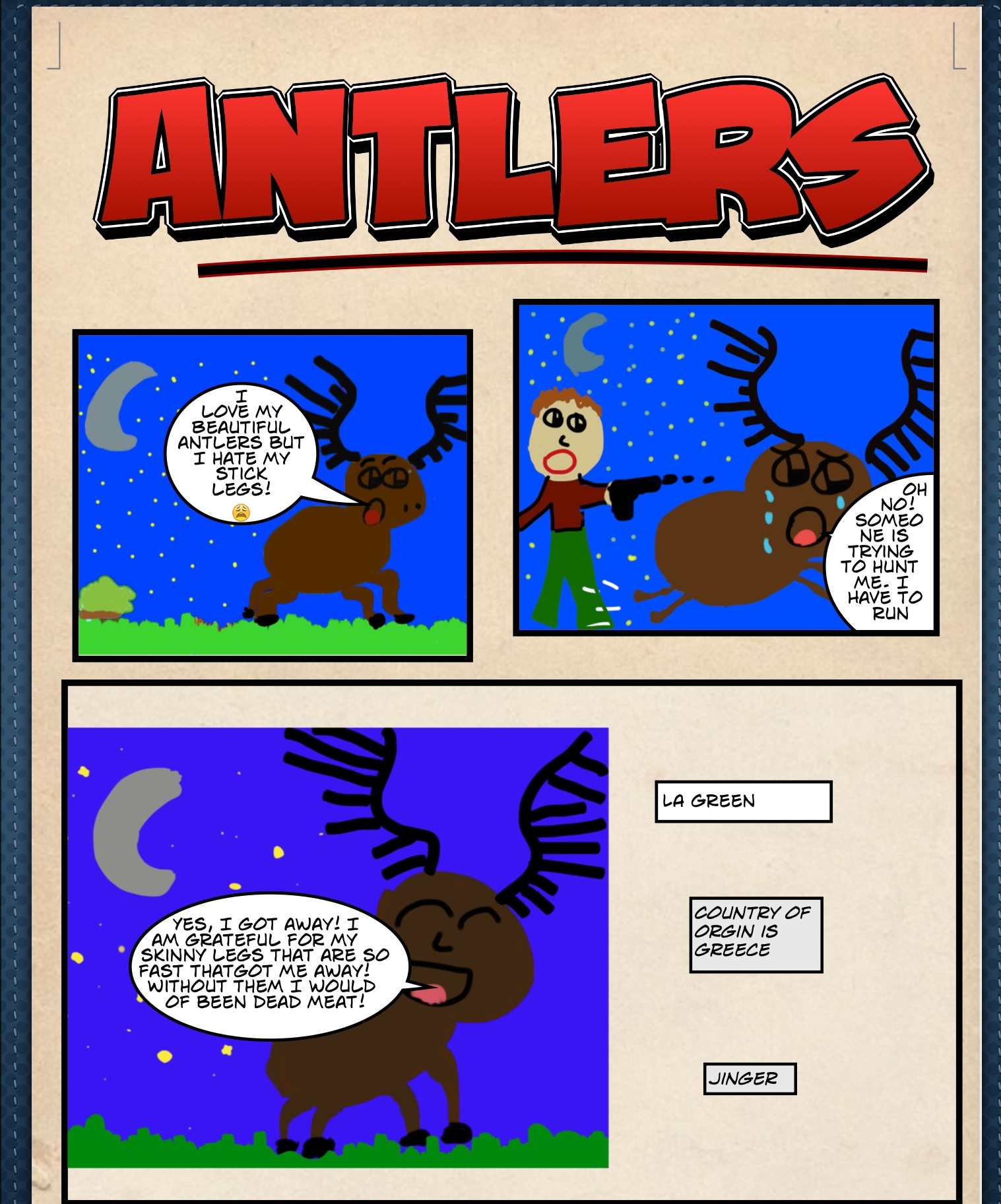 I really enjoyed making a comic on wisdom tales. One of three best things was using Sketchbook. At first I was really angry with it and I wanted quit. But, then I was patient and realized Sketchbook was really cool to use. The great things were that Sketchbook had lots of varieties of pencils and markers that you could use and they came in different forms and textures. For my comic I choose to do Antlers. I chose to d0 Antlers because I thought it would be fun to draw the deer and the whole moral.