My favorite event of 2011 was the iPhone 4S. My dad finally got one and I love teaching him how to use it. I find it very funny that I know my about technology than my parents. I am glad Siri was added to the iPhone because I think it helps people who don’t know a lot about the iPhone. I also love the improvements on the camera. It is so much more detailed and focuses better.

In 2012 I am looking forward to a new year in general. I am so exited just to start fresh and I am also excited for snow. There were so many tragic events in 2011 that is is great to start fresh with a new year. I hope that 2012 will be a less tragic year. 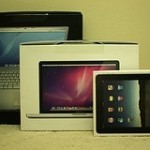 This Thanksgiving was amazing. I went to another state across the country. I went to my grandma’s house and my cousins were also there. On Thanksgiving morning my family and I woke up with a chill. It was so cold that I did not even want to go outside. Luckily I did not need to. My whole family except for my grandma and I went on a five mile run. I guess that run was made to burn some calories before the evening turkey. When they got back we had sandwiches for lunch. Then after lunch we all drove to my other aunts house for Thanksgiving dinner. At about four o’clock we had a delicious meal containing turkey, mashed potatoes and much more. After that in between dinner and dessert we played football in the yard for a while. Next was dessert, we had apple and pumpkin pecan pies. When we were stuffed we drove back to my grandma’s house and slept. The next morning my sister and dad went shopping in the city and my cousin, aunt, brother, and I went shopping on some little roads near the house. We were still full from dinner so we did not eat a lot. When my dad and sister got back from the city they showed us what they had gotten and we had a long nap. Next we had a small dinner and pretty much went back to bed. The next morning I got up and threw my clothes on. Now it was my time to run, but only a 5k which is three point one miles. It was very tiring to do. I ended up with a slow time of thirty-two minutes. The last day we had to eat breakfast, then lunch and leave. I never knew that Thanksgiving could be so fun.