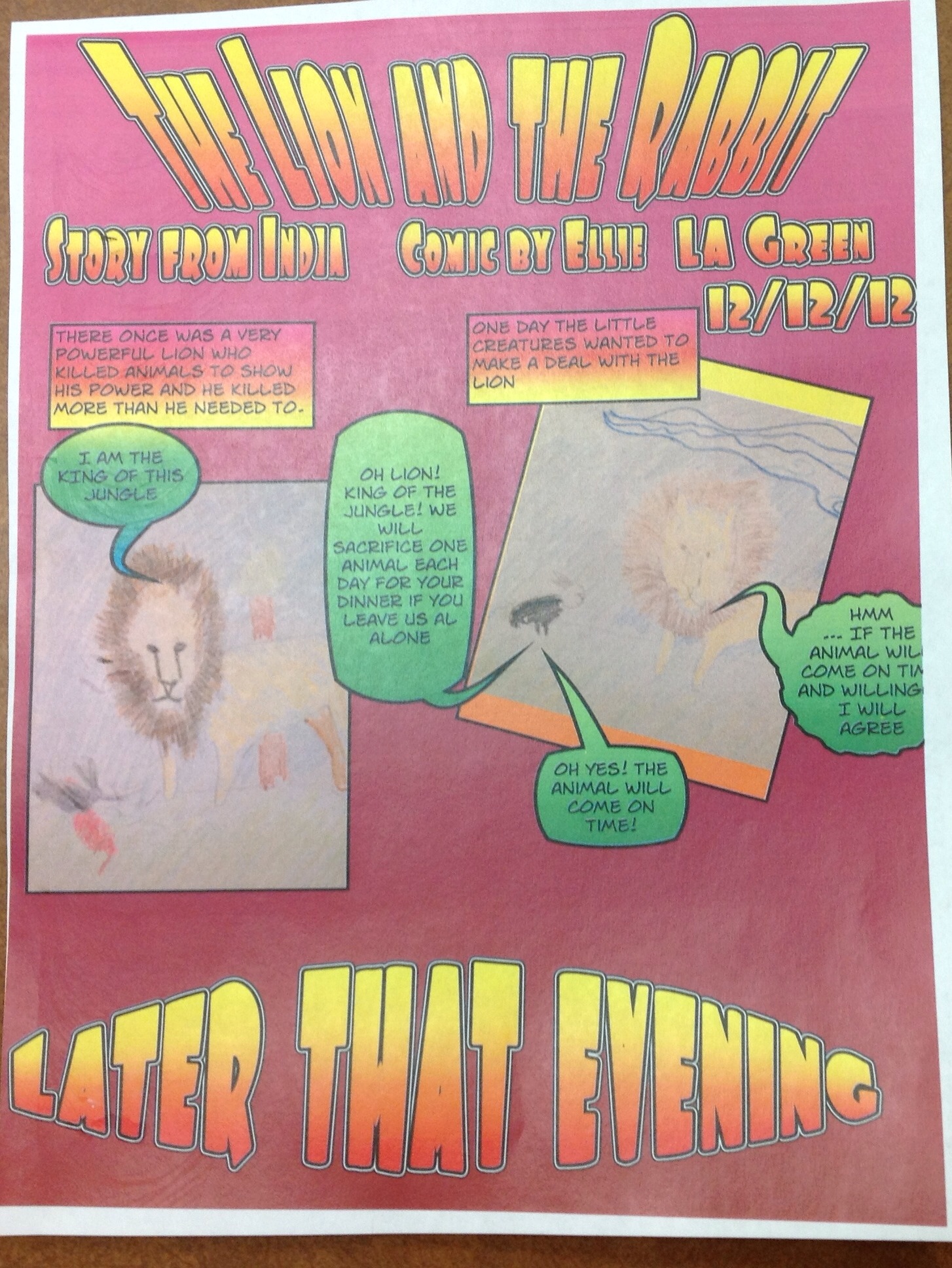 In class we took a Wisdom Tale and made a fun comic. I did The Lion and the Rabbit. It is about a lion that kills for pleasure. The animals then make a deal that they would give the lion one animal each day in return that they wouldn’t be harmed. The first animal, a wise rabbit, tricked the lion into going to a well because he wanted the lion to think there was a very powerful lion there. The lion did jump into the well and the animals lived!

One thought on “Wisdom Tales Comic by: Ellie”