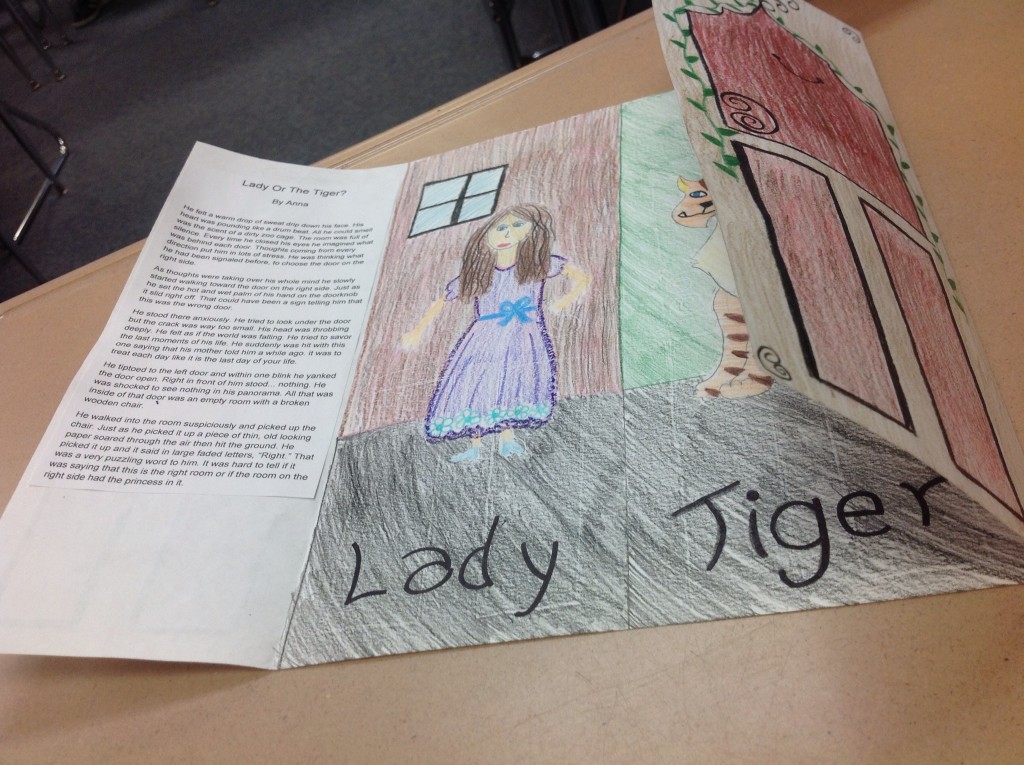 He felt a warm drop of sweat drip down his face. His heart was pounding like a drum beat. All he could smell was the scent of a dirty zoo cage. The room was full of silence. Every time he closed his eyes he imagined what was behind each door. Thoughts coming from every direction put him in lots of stress. He was thinking what he had been signaled before, to choose the door on the right side.

As thoughts were taking over his whole mind he slowly started walking toward the door on the right side. Just as he set the hot and wet palm of his hand on the doorknob it slid right off. That could have been a sign telling him that this was the wrong door.

He stood there anxiously. He tried to look under the door but the crack was way too small. His head was throbbing deeply. He felt as if the world was falling. He tried to savor the last moments of his life. He suddenly was hit with this one saying that his mother told him a while ago. it was to treat each day like it is the last day of your life.

He tiptoed to the left door and within one blink he yanked the door open. Right in front of him stood… nothing. He was shocked to see nothing in his panorama. All that was inside of that door was an empty room with a broken wooden chair.

He walked into the room suspiciously and picked up the chair. Just as he picked it up a piece of thin, old looking paper soared through the air then hit the ground. He picked it up and it said in large faded letters, “Right.” That was a very puzzling word to him. It was hard to tell if it was saying that this is the right room or if the room on the right side had the princess in it.

He walked to the door and slowly turned the handle. Thinking the princess would be standing right there, again there was nothing in the room. This time there wasn’t a chair either. He walked in and there was a door. A small black door. He could hear a very quiet breathing through the door. He wondered if it was the tiger or the princess.

Hoping it was the princess, he crawled into the door. All he could see was pitch black. It almost didn’t seem real! He could smell a fragrant flower scent. He kept crawling until he saw a small light in the distance. As he got closer and closer he could heAr the breathing getting louder and louder. He finally got to the light and standing right at his eyes was a gorgeous princess with long silky, brown hair. She was wearing a beautiful, green and pink gown. Her name was Millie.

Millie took him by his hand, and they walked on a long path to a large castle with a landscape full of purple and red flowers. It felt like a sunny spring day and they could hear birds chirping everywhere. From what he could see he was already in love with Millie. They arrived in the castle and lived a long, fulfilled life.