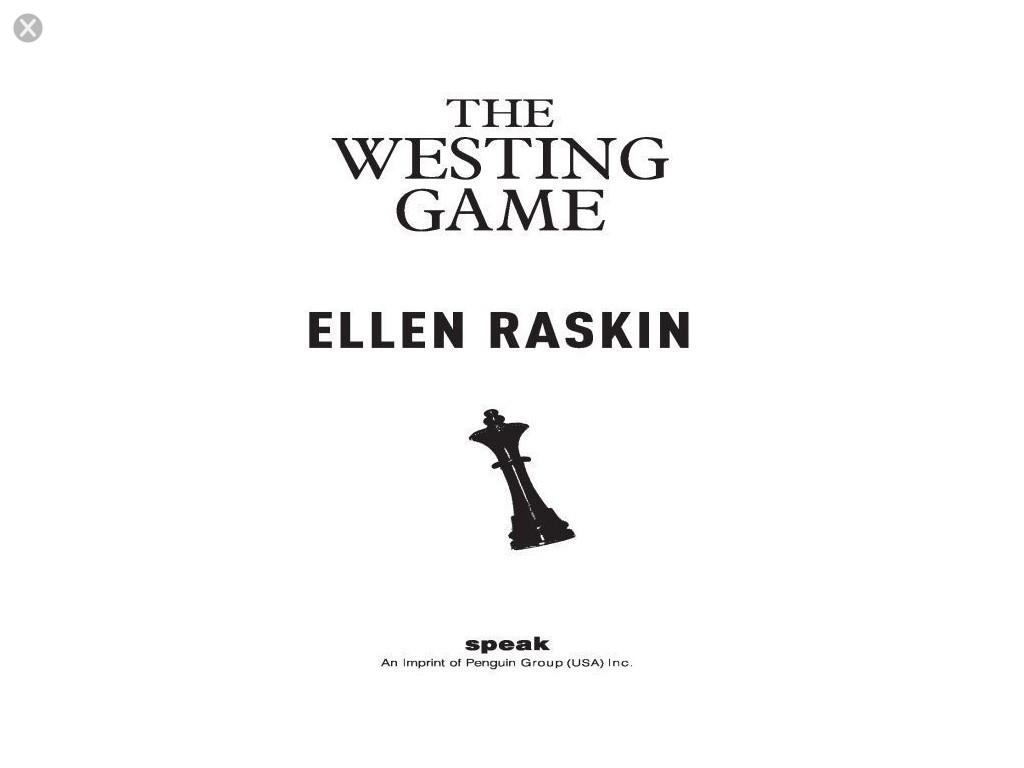 Photo Screenshot by me

Ellen Raskin writes so perfectly, each word where she wants them to be. How she placed the words in the story so thoughtfully is so hard to believe. For example, two of the themes of the book are patriotism and games. These two themes come up so much in the book in subtle ways. Although there isn’t a variety of games in this book the one big game is chess. For example, there are sixteen heirs and sixteen chess pieces on one side of the board. Also, there is a move that applies to the game that Sam Westing always does in chess called The Queen’s Sacrifice. Patriotism comes up a lot especially about 4th of July like when the tenants to-be recieved their note about Sunset Towers.

The last thing I would say is don’t fall for everything each character says and thinks and how they act, and don’t rule out ANY possibilities.