On Sunday, May 27, the last day they were showing it, I went to see Wicked with my mom. In this play, Glinda, the Good Witch, explains to everyone how she knew Elphaba, the Witch of the West, and how they met in college, and how they became friends. As friends, they were together when they were introduced to the Wizard of Oz. They both found out that the Wizard was a fraud, and that he wanted to use Elphaba’s magic for wicked purposes. Elphaba did not want the Wizard to use her magic for evil deeds, so she ran away, while Glinda stayed with him, because she did not believe he was all that bad, and because she was ambitious and wanted to be famous. After Elphaba escaped, the Wizard spread a lie that she was wicked, and ordered everyone to try to capture her. Meanwhile, Fiyero, Glinda’s boyfriend, starts to develop more feelings for Elphaba. That causes problems for him, because the Wizard’s guards put on a pole to die. Elphaba is heartbroken, and turns him into a scarecrow with her magic to make sure he does not die, or feel pain. At the same time, the Wizard is getting tired of not being able to find Elphaba. Glinda then gives him an idea to hurt Elphaba’s sister, NessaRose, to attract Elphaba. They create a tornado, which makes a house fall on NessaRose, killing her. The house in the tornado also contained Dorothy, a girl from another world. Elphaba makes Dorothy her prisoner. At the end of the performance, Glinda tells Elphaba to release Dorothy, and she agrees. When Dorothy is released, she throws a bucket of water (prepared by Elphaba itself)  onto Elphaba, because there was a general belief that water could melt Elphaba. The truth is, Elphaba meant for all of it to happen, so that the world would think she was dead, even Glinda. But the truth was that she hid in a hole, and left Oz with Fiyero, now a scarecrow, after he picked her up, and they both lived happily ever after.  This wonderful performance shows that The Wicked Witch of the West was never wicked at all!

I went to Christmas Town with my family. Some of them couldn’t make it that day so they went the day afterward. Other than that it was really fun with fake snow and rides still open. I went with my friend and the first thing we got was hot chocolate. We went to Germany and went on one ride where you sit down and the seats move. After that we went to Italy to eat some food and watch a show. I ate chicken parmesan and pasta with a snowman cupcake for desert. Once we ate we went on other rides like the boat ride and some other rides. The last thing we did was make it to New France, saw the penguins and meet a dancing polar bear. We asked him if he knew how to do the dougie he didn’t say anything and started dancing. The park was closing now and we had to meet our family so we meet them at a McDonalds near by and headed home.

I had a super fun time. Getting up at 11 every morning. Spending time with my family. Christmas morning breakfast. Opening presents. Playing with friends but there was one more thing I almost forgot about doing. Asking you how was your holiday? Did you spend time with your family? What did you and your family do over the holiday? Did you go out of town, go on a cruise or just stay at home? I know I went out of town for not that long but I wonder what you guys did. 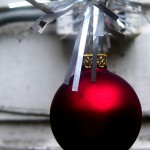