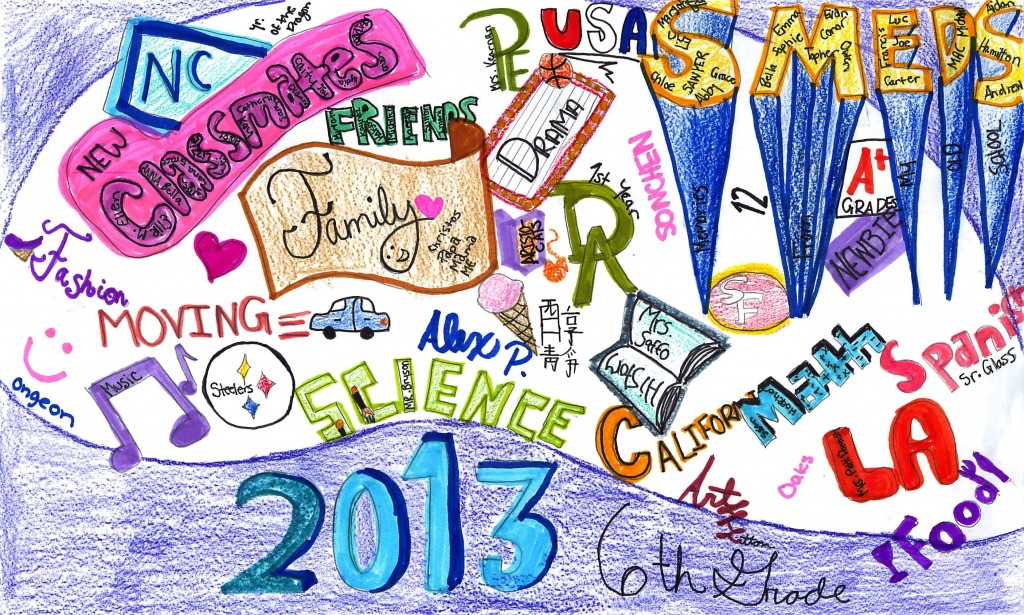 This was my first year at Durham Academy. Being a “newbie” was not bad AT ALL. The students were very friendly and supporting (perhaps in their own way) and I made lots of friends. However, moving away from my old home was hard. I left behind my home, friends, all the places I knew and considered home, and my old school. During the experience of moving I realized how important family was. I also noticed things that I had taken for granted in my old home and school that I didn’t have here. 6th grade was more challenging, but I still had lots of fun! All my classes were great and my teachers were amazing! I look forward to seventh grade!

This year at Durham Academy, the middle school students all got an iPad each. They were lent by the school to us. We can take them home and to every class. iPads are great because they’re small and portable and we don’t have to go to the computer lab for everything with technology.

Some of our textbooks are on there and there are several great apps to help us study, such as Quizlet, Voicecards, and Trading Cards. However, they are a big responsibility and they also can malfunction. Another problem is that I really don’t like typing on glass. Also, next they are getting a lot of the textbooks only on the iPad. I do not like that because I prefer regular textbooks. It’s easier to flip the pages and highlight. iPads are also helpful because you can always access your emails and the Internet. 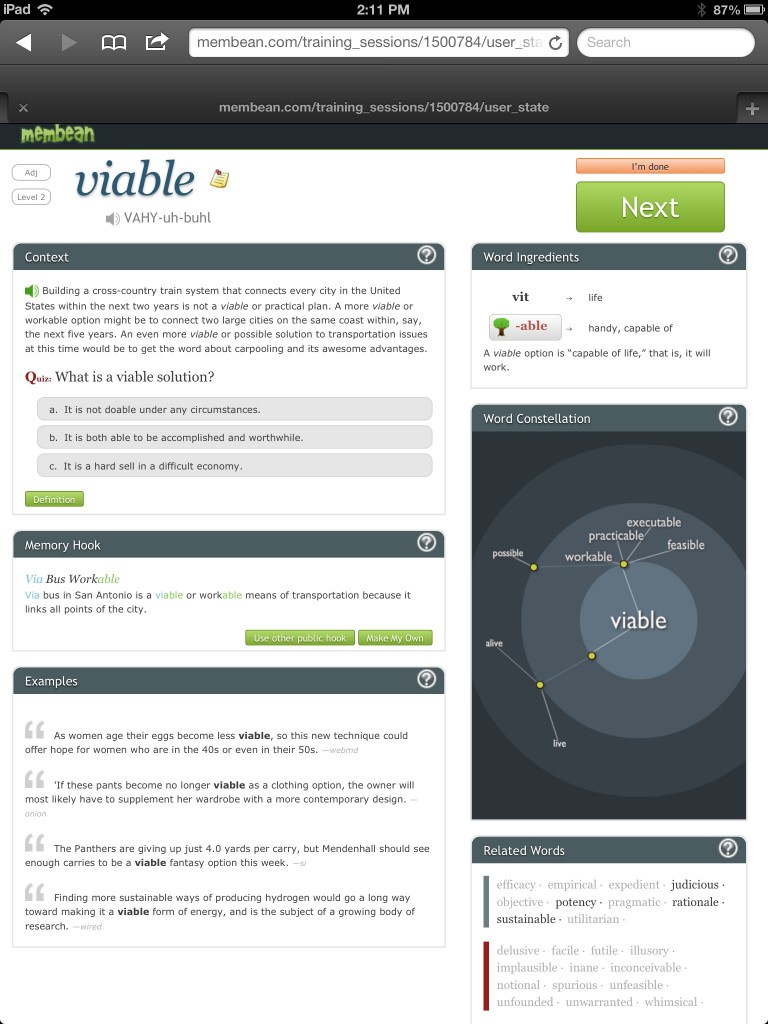 Membean.com
This year, our school used an online site called Membean. This program helps kids learn vocabulary and  SAT words. The cool things about it is that it uses the shortest, easiest, and most precise definitions. The page to learn a word has many ways you can learn it. As you start practicing more words, it is not as hard because Membean pops up old words. Therefore, when you know a lot of words it is not so overwhelming because you know more than half of them because you practiced them so much. Because of Membean, I now know 240 new SAT words! When I take the SAT, I won’t have to worry about the vocabulary! I highly recommend you use this great learning tool.

In language arts we are still reading “The Giver”. We are discussing what an ideal teacher would be like.

To me, an ideal first grade teacher would be fun, encouraging, patient, kind, but firm. I believe he or she should also be able to explain things in many different ways and help establish confidence. The teacher should also encourage fortes but also strengthen less established academic areas to help make the student well-rounded. An ideal first grade teacher (to me) would have the kids play games in groups (boys and girls together) to learn and cooperate. The teacher would not use a lot of technology aside from simple things such as using a mouse, and learning to type so that the first graders can develop their handwriting. He or she would be fair to everyone and if there was a problem between students, the teacher would be able to solve the issue well. If there was a punishment, it would fit the “crime”. If the first grader did something wrong, the teacher shouldn’t yell or get frustrated. That only makes the student not want to do the suggestion or instruction. I also believe that a good teacher should show students how to do public speaking– after all, it is a life skill. I feel that teachers that teach younger children should especially be an excellent role model because it is easier to change at a younger age. 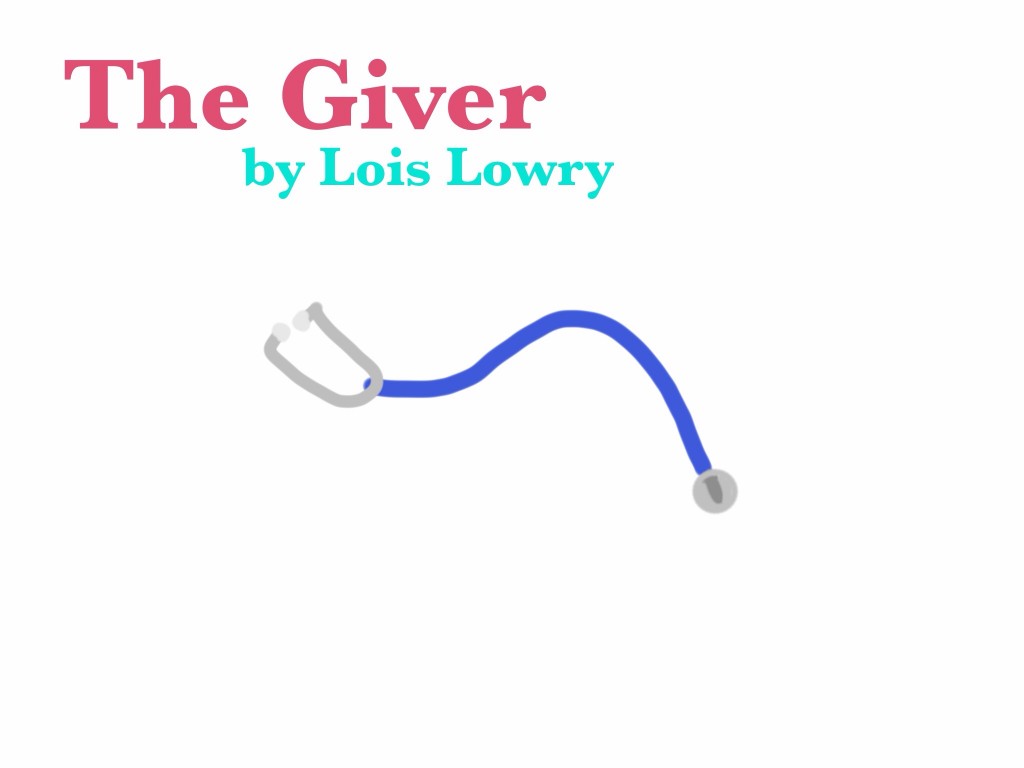 In our class we are reading “The Giver” by Lois Lowry. If I were given an Assignment I think that the Elders would select the job of Doctor (not surgeon!) for me. I believe they would because I enjoy taking care of people, learning remedies on my own, and making my own concoctions (although I don’t make medical ones, I don’t have the equipment. They also have to be certified to give a concoction to a person). I can also study for long periods of time already, which is important because doctors have to go through a lot of medical training, and have a pretty good memory. However, I get sick easily but would hopefully grow out of it. 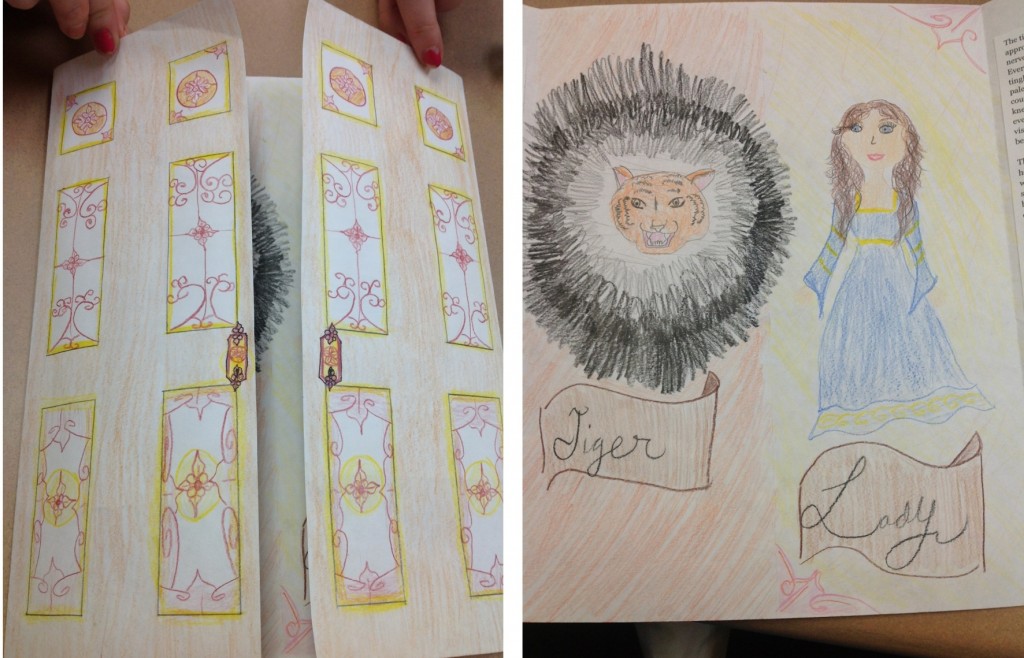 The man suddenly froze with shock as his eyes met the fangs of the ruthless tiger. The audience gasped and screamed with fear and horror. The shouts awoke him from his frozen state. His instincts immediately took over him. He ran like the wind, until he was directly below the princess, staring up at her. The tenderness in his eyes was no longer there. It was a steely, hard stare filled with a fire of loathing and fear. He regretted ever knowing the woman he once loved. He no longer believed she loved him. Would it not be that she would have chosen to give him the fate of safety? Even if she would be overflowing with green envy, would she not have preferred to make sure that he was unharmed, despite the fact he was with another woman? He was wrong. Her love was not unconditional, as he thought. She had a wicked mind and soul, and her heart was as black as coal. Now he would die because of her jealousy and rage. He would die not for a noble cause, but at the mercy of the wrath of a ferocious tiger.

The princess could not meet his eyes. She knew her decision was unjust, and unfair to the man she loved. She cursed herself for letting her envy make her become a vicious, dark, unloving, soul. When she made her choice, she thought that it would not matter if he faced the lady or the tiger. He would still not be with her either way. She believed it would be better if she did not have to see him with someone else. Hence, she led him to the tiger.

She forced herself to look upon the poor man. The princess forged her eyes into a prideful haughty stare. It pained her to know she would watch her loved one’s death, but it was too late.

The tiger stalked and growled with hunger as it approached its new prey—the man. The man slowly and nervously turned to face the savage killing machine. Every muscle in his body tensed into stone. Every nerve tingled as if it were sounding an alarm. His face was pale and beaded with sweat. It took every ounce of his courage to even stand. His hand shook rapidly and his knees wobbled when he took a step back. Suddenly, everything in his body became cold. He felt dizzy. His vision slowly became darker and fuzzier until the world became an opaque, black screen.

The princess covered her eyes as she said a silent prayer, hoping he would not leave her. She wanted to sob. She wanted to scream to the world it was her fault. She suddenly heard the tiger’s deafening roar. She peeked between her fingers. The man was… unconscious? Her eyebrows furrowed with confusion. Or was he already dead? Her vision shifted to the tiger- it was approaching him. No he was not. Be merciful. Spare him. There are many more to come for you to eat, tiger. This is one of many. Just let this one go, she thought. It was all in vain. The tiger leaped. The princess covered her eyes with fear. When she opened them, her love was slain. He was covered in ghastly, deep, gory, gashes. He even seemed dignified with all his cuts.

The princess swallowed a scream of anguish. It was her fault, all her fault. A man died because of a flick of her hand. It was not any man either, it was the man she loved. Yet she knew her actions were harsh, selfish, and… unloving. He probably died abhorring her. Her heart was filled with bitter remorse and misery.

The princess lived many sorrowful years mourning the loss of the man she still adored.