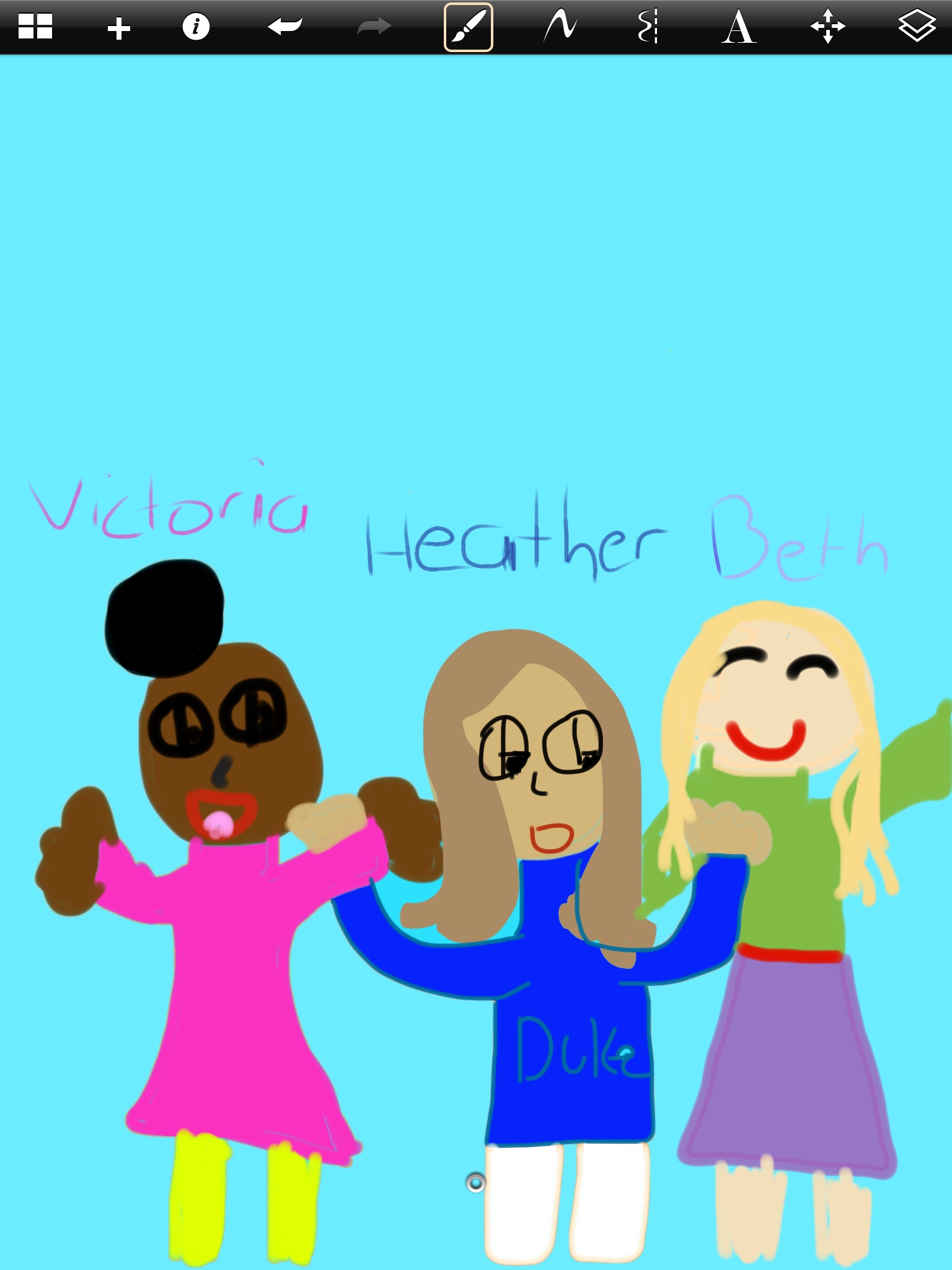 Heather’s best friends, Victoria and Beth, were the biggest cheaters in the school! They lied and cheated so much their nicknames were the knifing friends. Victoria never had the courage to confront them about their bad doing.

One day Heather had a huge Spanish test the next day. She was convinced that she would only give them one more chance and if they did cheat she would confront them immediately. As she walked in the door the teacher handed her her test and told her not to cheat. She did the same with Beth and Victoria. She was half way through the test when she heard some whispering. Beth held up some numbers on her hands almost like they were playing charades. Victoria did some signs and whispered a couple of words. They both nodded their heads like they got it.

Once the test was done, Heather immediately pulled her friends aside and talked to them.

“Look why are you doing this! Why are you cheating on every test? I know you are better than this, why?” said Heather.

Victoria and Beth shrugged as if they didn’t know what she was talking about. But, as a true friend, Beth and Victoria knew they would have to admit to there bad doings.

“Yeah, you caught us” Victoria said.

“I want you to stop immediately! You guys are my best friends in the whole wide world and I am trying to help you”.

“Heather, thanks so much I couldn’t ask for a better best friend than you!” Beth said.

“Yes, we didn’t realize what we were really doing until you made us realize,” said Victoria.

“We promise to never cheat on anything even if it is non school related again,” Beth and Victoria pledged.

“Thank you so much, it is for your own good!” said Heather.

A couple years later Beth and Victoria were taking the SAT’s. They were about to cheat until they remembered a little moral in their heads. Do the right thing even if no one is looking.

Moral: Always do the right thing even when no one is looking.

“Who are you?” questioned Theresa.

Sheba said, “Hi, I’m Sheba. I am an exchange student from Africa because my dad just got a promotion for his job in Beijing. May I be friends with you guys?”

Po said, ”No, you are too perfect, you get good grades, you are very smart, and you’re just so perfect.”

Sheba said, ”Ok then, but then maybe you guys can become like me?”

After Sheba got home she realized that she wanted to really become friends with the four pigs, because at her old school in Africa she wasn’t that cool and didn’t have many friends. She decided that she wanted to be like them so she started acting dumb, didn’t do her homework, or even she wouldn’t even study for her quizzes or tests.

The next day of school, Sheba’s teachers noticed that she was acting really weirdly lately and wasn’t doing good in her classes.

Once the four pigs saw Sheba walking in the hallway with her hair flowing back and wearing a lot of makeup with no more glasses and braces, they decided that Sheba should join their group. Sheba became so happy.

Po said, “Hey Sheba! Do you want to maybe eat lunch with us, and hangout after school?”

“Yes, I would love too!” Sheba said with excitement

“See you then!” said Julian

Later that day Sheba was called to the principals office.

Sheba said, “I am very sorry sir, I was just trying to become friends with some of the cool people because I have never been popular.”

“You can find different friends that aren’t fake, and you could still be friends with some other people.” Said Mr. Bobcat

Sheba realized that she really should’ve not changed because these girls are changing her life. They are making her bad when Sheba is good and now Sheba has a bad reputation.

That day after school when Sheba got home she knew that she couldn’t stay like that any longer. She is now back to normal, and she doesn’t have to be someone that she’s not.

The moral of this story is be who you really are, and not someone else that your not.

There once was a kangaroo named Carlin who lived in Australia. His best friend, Regan, was very funny and the two young kangaroos had fun wrestling and rolling around in the dirt. When they were both two years old, they went to go play with the other kangaroos. There was a kangaroo named Balor who was very popular, but was also known to be mean.

“You have permission to be with us,” commented Balor to Regan.

Balor then looked Carlin over.

“And you, well, you are so short and skinny. You will never be able to be anything special. Why did you even come over here? You do not deserve me or my friends.”

Carlin was so sad and wondered why Balor had called him small. Carlin had never noticed anything different about himself. Then, he looked around and noticed that even the kangaroos younger than him towered over him.

That was when Carlin realized it. Regan was leaving him. Regan cared more about himself than Carlin’s feelings. But that was that, and there was nothing he could do.

Then Carlin walked away and sat down by himself, watching the kangaroo that was once his best friend. Later that day, when Carlin was eating his food, Regan approached him.

“Um, hello Regan,” replied Carlin with uncertainty in his voice.

“You are so small and stupid, how could you even think that you had the potential to be anything? You will never be anything special, just a scrawny little kangaroo that never was,” commented Regan.

“But… Regan, how could you do this to me? You are my best friend!” protested Carlin.

“No, not are. Was. A mistake on my part. Something that I never should have done,” Regan told him harshly.

“Oh look, he’s so small that his brain must not have had enough room to fully grow. Let me show him something really special,” teased Balor.

With that, Balor started hitting Carlin. It hurt so badly that Carlin was close to tears.

After hitting Carlin a few times, Balor dropped Carlin on the ground and walked away with Regan. After this, Carlin decided to run away from his community. He had decided that he couldn’t stand people being mean to him and seeing Regan change like that.

A few days later after walking in the desert, Carlin was hungry, tired, and dehydrated. He knew that he couldn’t go much farther, so he just sat down on the ground and soon he was asleep.

He woke up later surrounded by a hippo, a dingo (an Australian wild dog) and a koala. After blinking a few times, Carlin realized that he was in a desert cave. When he took a closer look at the animals, he realized that they all had something unusual about them.

“Who are you?” questioned Carlin

“We are animals like you. We were rejected from our communities so we ran away and found each other. We call ourselves The Rescuers. I am Austin,” explained the hippo.

“And I am Baz and this is Ethan,” said the dingo.

“Oh, ok. Well thank you for rescuing me,” thanked Carlin

“Well, where do I go from here?” wondered Carlin

“You can go back to your community or you can live with us. Together we help animals like us and have fun together. We don’t care what you look like, we only care about your attitude and kindness to others. This cave here, this is our home,” Austin told Carlin

“I would love to live with you guys! I already know that you are kind because if you weren’t, I wouldn’t be here. Thank you so much!”

“You are very welcome!” replied Austin, Ethan and Baz.

And the four friends lived happily together for the rest of their lives.

This story shows you that just because someone is different, doesn’t mean that they are bad. Never judge a book by it’s cover, because you may be missing out on something special.