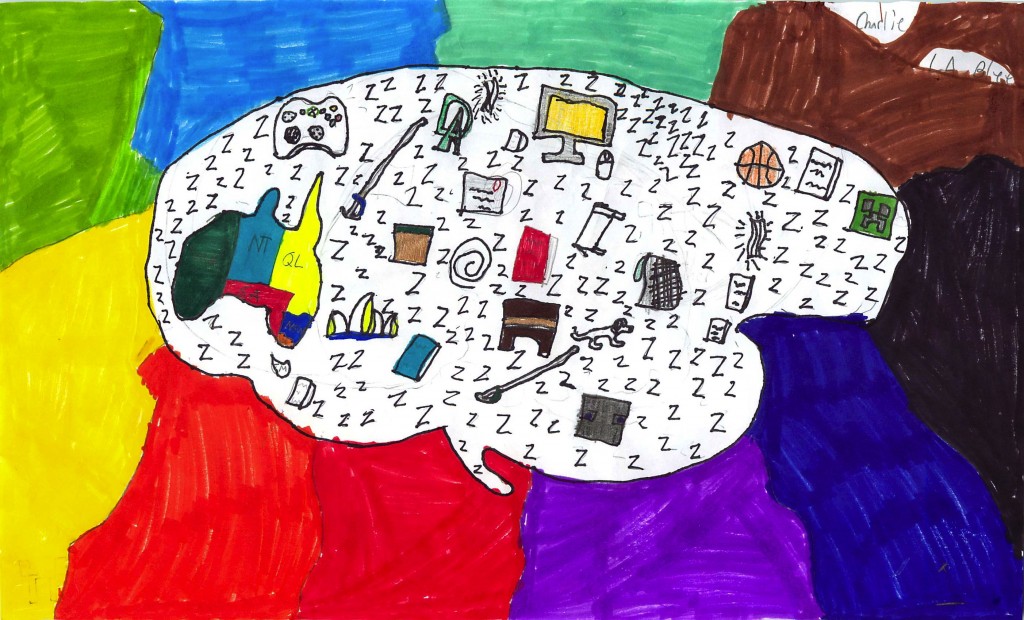 Membean is an online vocabulary program, created by Ragav Satish. He used Neuroscience (Brain Science) to create the optimal program for learning words. It will teach you definitions, part of speech, words, and even roots. I have had a great experience with this program! I have yet to come across any code gaps (bugs) that irk me. I find this program very fun and an excellent tool for learning. What is even cooler is that we wrote the developer and he wrote back! It was great seeing that he responded to everyone. Overall, this is a great program that is very useful.

This year we used iPads to test them out, for possible use for school. It was a huge success, in my opinion.  A favorite applications of mine was the BrainPop app. The iPads are special because they are a mobile learning device. The tech teachers put all sorts of learning apps on them! They were a really cool addition to the curriculum! By the the middle of the year in Language Arts, all we used were iPads! They are coming back next year too!

Wednesday we went to Hope Valley Elementary to help out with the students. My advisory split up and went to different grades. I went to the 3rd grade. First they were checking each others assignment, the they did tables. At first I thought tables was a game, but it turns out it was just a rotation system. Afterwards we went to recess. Did I mention that they have a HUMONGOUS playground? Well, they do. It was HUGE. After their recess was a special. They had the fitness Olympics. It almost exactly like ours, except they only have the beep test, sit ups, and push-ups. That was the end of my time there. But just for a second, let’s jump back to the beginning. Wait What!?!? They are doing area and perimeter when some of the students are still starting with basic addition and subtraction?!?!? Give me your opinion on this in the comments! Anyway, It was quite fun and I was told I could come back anytime. 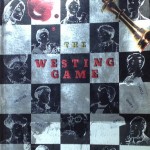 “The Westing Game” By Ellen Raskin, is a book about a game.  But this is no ordinary game. This game has so many twists and turns, and concealed by blindingly obvious hints, that even a great mind would take a while to process everything. The book starts with a salesman, giving a sales pitch for 10 wonderful apartments, for sixteen carefully selected heirs. These are the heirs to Sam Westing’s Great Fortune, of $200,000,000. But in order to win, these children and adults must partake in “The Westing Game.”  Read this devious and twisting book, to find out how the mystery unravels! 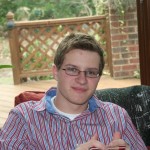 Here is my Hero Writing! Enjoy!

John was born on November 6, 1995 at the Durham Regional Hospital, in Durham, North Carolina. He was a little, blond boy with dark, gray blue eyes. When he was three he got a sibling, a little girl named Margaret, who had bright orange hair and dark gray eyes. When he was seven he got another sibling, a little boy named Charles, who had bright, hazel-blue eyes and white-blond hair. He grew up being the oldest of three, having to set the example. He became older, knowing the decisions he made would affect his younger siblings forever. He is a great person, and my sister and I agree, an excellent role model. He has had an impact on every decision I have made in my life so far.

My brother and I had arrived at the Lake Mickie Camp Out about five hours ago, and it was pretty dark. The sky was a deep, navy blue. Three hours earlier, the parents started a campfire, and gave fire duty to a boy named Zach. Of course, he disappeared, and the fire went out. My brother, John, volunteered to start the new fire, and he asked me if I wanted to learn how to start a fire. He showed me how to strip long slivers of wood from an oak log to create tinder with my knife. He then created a teepee out of branches with a gap in the front. After that, he put about ten pieces of tender in gap in the front of the teepee, and created a nest with them. Next, he asked me to light a match, and put it in the tinder nest. The match caught the tender on fire, and he started to feed some little sticks until fire got larger and larger. Finally, the teepee caught! Then he added a log, and when the log caught, we were done. The fire flickered a deep orange. I admire my brother for this because he helped other people without complaining about having to do so. He was helpful to me and the adults by starting the fire and keeping it going.

My brother, all the while making the fire, listened to my questions and answered the endless, flowing, babbling, rambling line of them. He was patient and friendly with me, even when I nicked my finger with a knife, and started freaking out. For my sake, it was bleeding a lot, at least for a nicked finger. He showed patience in answering all my questions, and not getting annoyed by them. I admire him for this.

One day, my brother and I were on a campout at the Lake Mickie Campsite, sitting around the fire we were trying to start, and suddenly he told me to move. I sidestepped and a dark snake lunged past me into the fire pit. He told me to get Jim, the scoutmaster, and bring him over. When Jim got there, he grabbed the black snake from behind its head and flung it into the woods. I admire my brother for being smart enough to know who to call and calling for him instantly.

My brother has had such a large impact on my life that words can barely describe. My brother has shaped my morals, increased my knowledge, and improved my arguing skills. John helps me think before I act. He shows me how to do things a better way, and he ignores people who are mean to him. He helps other people to make friends, so when he needs help, that person will help him. He has helped me many times with: homework, work, cooking, sports, camping, scouting, and games. He changes all his friends so they are nicer and happier. He even helps his enemies by humbling them. I admire John because he has the willpower of an elephant, and the humor of a hyena. He helps all those around him, and helps even more when he can. Without my brother, I would not be the boy I am today. I am thankful that he is always there for me, guiding me through hard decisions. He is my hero.

In the book Cosmic By Frank Boyce, the main character, Liam, has to be a dad. His dad had a Book called “Talk to your Teen.”  I have idea that I think should be added to the book:

Does your child love computers? You should set ground rules that bar them from spending their whole day on a device. Depending on age, a child under 10 should not spend over 3 hours in a row on a device. Convince them to go outside and play, or maybe walk the dog. The graph for age to time limit on a device is written down below:

I hope this addition will help with computers in the future.

If I was a grown up for a day I would buy a giant robotic megladon submarine, and search the underwater world! I would set up an underwater base at the very bottom of the ocean! I would create new sciences like teleportation! I would fiddle with genetics so I would give myself telekinesis. I would discover hundreds of of new species for marine biology! I would perfect war, making weapons of incredible power! The world would tremble at my feet!!!! MUHAHAHAHAHA!!!!! I would rule all the known world! I would set up lunar bases on all the planets of the Milky Way! I would conquer death and become IMMORTAL! I would win life! I would become the smartest sentient being in the universe! I would then conquer all of creation, ruling the universe. I would give myself the powers to fly, see through vision, heat vision, and all of the other powers that any could come up with! That’s what I would do if I was grown for a day. But then, with my brilliance, I would elongate my time for being an adult to the end of creation!