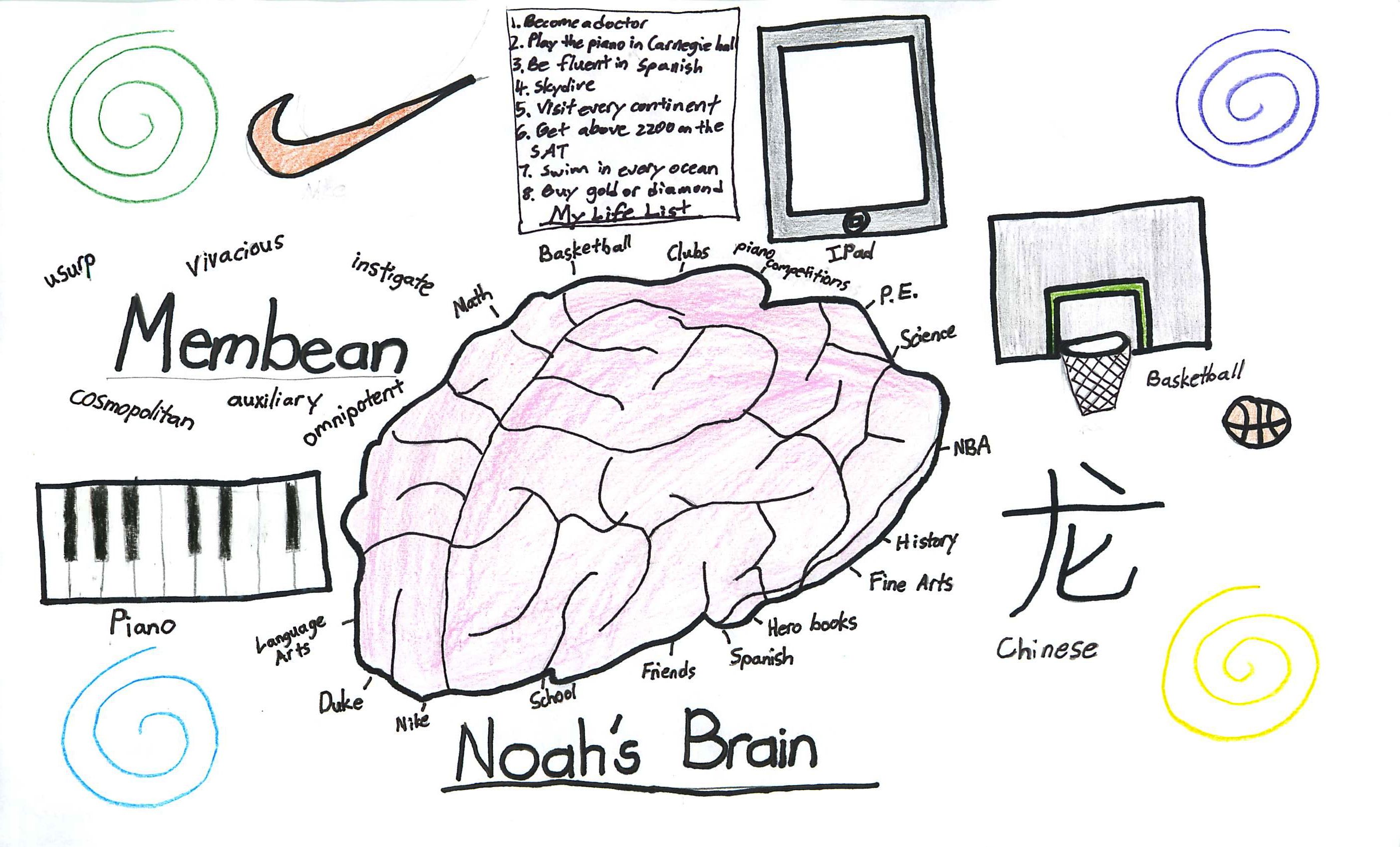 In Language Arts, we drew how we thought our brains looked. Then we put words describing what was in our brains and drew pictures. Then, I drew pictures around my brain and colored them in. The picture above is my brain that I drew.

iPads were very helpful in my sixth grade year. I used it in many classes like Language Arts, history, math, Spanish and science. In Language Arts class, we used it every day for blogging and vocabulary lists and many other things. In history, I use it for researching places for projects. In math class, we don’t use it very much but when we do need it for things like practice quizzes, the iPads are very very useful. In Spanish we use our iPads to study new vocabulary. Finally, in science class we had an online textbook that we used for our animals unit. Overall, iPads were very useful this year and this year wouldn’t have been the same at all without iPads. 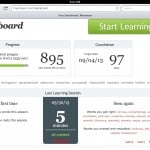 Membean is a useful tool to help learn many words for the SAT or just to learn them. In Membean you have your personal dashboard which can tell you many things like how many words you got right during the last study session and how many words you have already learned well. When you are in a study session, Membean puts up various pages to help you learn the word. For example, when you are learning a word, the program would load up a page with many things like memory hooks or synonym maps.

My experience with Membean this year was excellent. I started learning 335 words out of 401 words and have about 250 of them almost ready for the target day, which is when the program expects you to have learned the words if you do four 15 minute study sessions each day.

I personally learn best when Membean gives me more synonym maps. I am kind of interested using Membean over the summer and seeing what level I can get to. Membean is a really great program and I would recommend it over vocabulary lists to students next year.

In the book The Giver there is a role called the The Giver, this special role’s responsibility is to transfer memories to the Receiver. If I were The Giver, the first memory I would give is my first time wake boarding. I would give this memory because it was really fun and exhilarating and I had a sense of accomplishment after I couldn’t get up in the previous couple tries.

In language arts class we are currently reading The Giver. In this book, the setting is in an ideal community where everything is perfect in the eyes of the people who live there. An ideal teacher in the ideal community would treat kids nicely, explain directions thoroughly and be patient. Some things that an ideal teacher shouldn’t do are: don’t just give worksheet after worksheet and project after project, this just makes students very tired out. Instead of giving thousands of worksheets and just handing them in, take a while and discuss them. Ideal teachers should also incorporate fun projects and not make them due in a very short period of time. 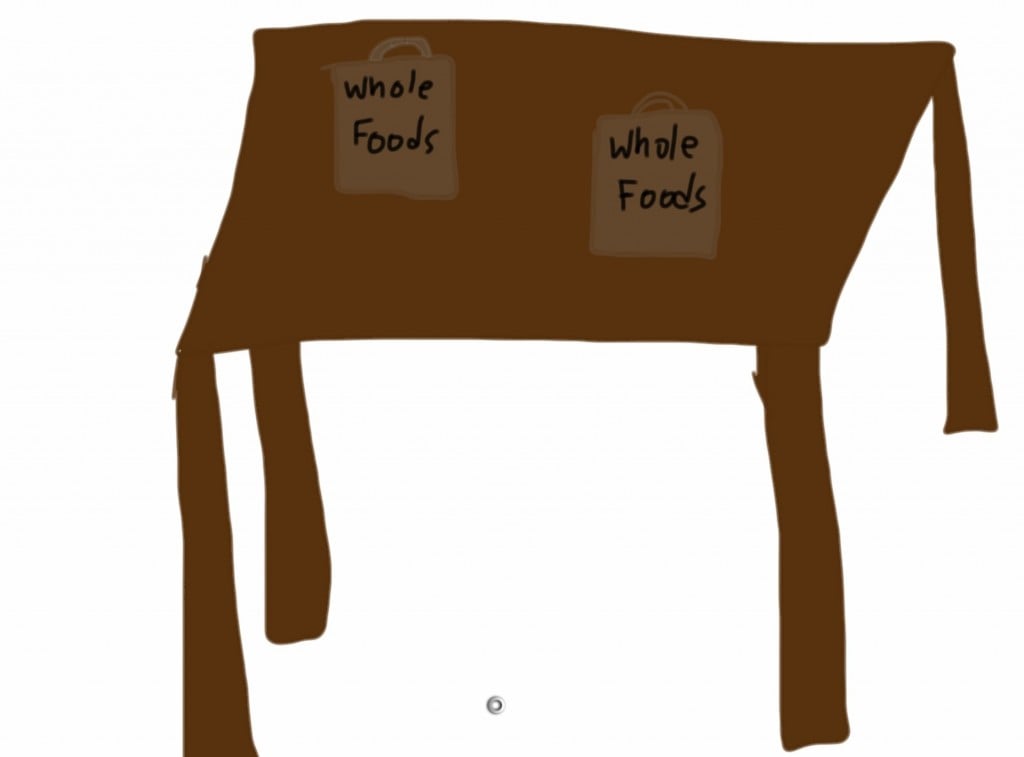 Students at Durham Academy took about half of the day to go somewhere to do community service. My advisory went to a place called TABLE. TABLE is a non-profit organization that helps the children who get school lunch but don’t have lunch on the weekends.

At TABLE we brought all the food that we had brought in to class and moved it there, in total we had brought 260 pounds of food. Then we started the process of labeling the food with expiration dates so that TABLE would know which foods to give out first. Then, after we labeled, we sorted the food onto different shelves. If there happened to be any expired food, we would pack it up and send it off to another organization where people who are not financially stable can go there and buy the expired food for free.

When we were doing community service, it wasn’t very fun, but I kept telling myself that this is for the kids who don’t have money to eat over the weekends. I would just imagine what it would be like to only eat a very small portion over the weekend and I would keep working hard. 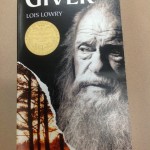 In Language Arts class we just started reading The Giver, so far from what we have read, in the book there is a community where everything is “perfect”; no war, no fear and no choices. When a group of kids turns 12 there is a ceremony. In this ceremony you are assigned a job which you will do for the rest of your life.

If I was in The Giver I think I would get the role of doctor when I turn twelve. This is because I am very skilled with my hands because of the hours of piano I do each day. I also do very well in all of my subjects in school and can understand a lot of things.

My L.A. class just finished making and writing our hero books this month. We started by just writing out ideas on our hero’s character traits. Then we expanded our character traits into real stories that showed our hero displaying the trait that we picked. Then we created a background paragraph about our hero. This paragraph included some information like: where our hero was born, when our hero was born, our hero’s family, our hero’s childhood and other things like that. After writing the hero books, my school had a professional artist come in to help us make the hero books. To make the books we first folded a big piece of paper, then cut out painted pieces of paper to illustrate a scene where our hero was. When all of our books were finished, they were displayed in the Frank Gallery on Franklin Street in Chapel Hill, North Carolina. 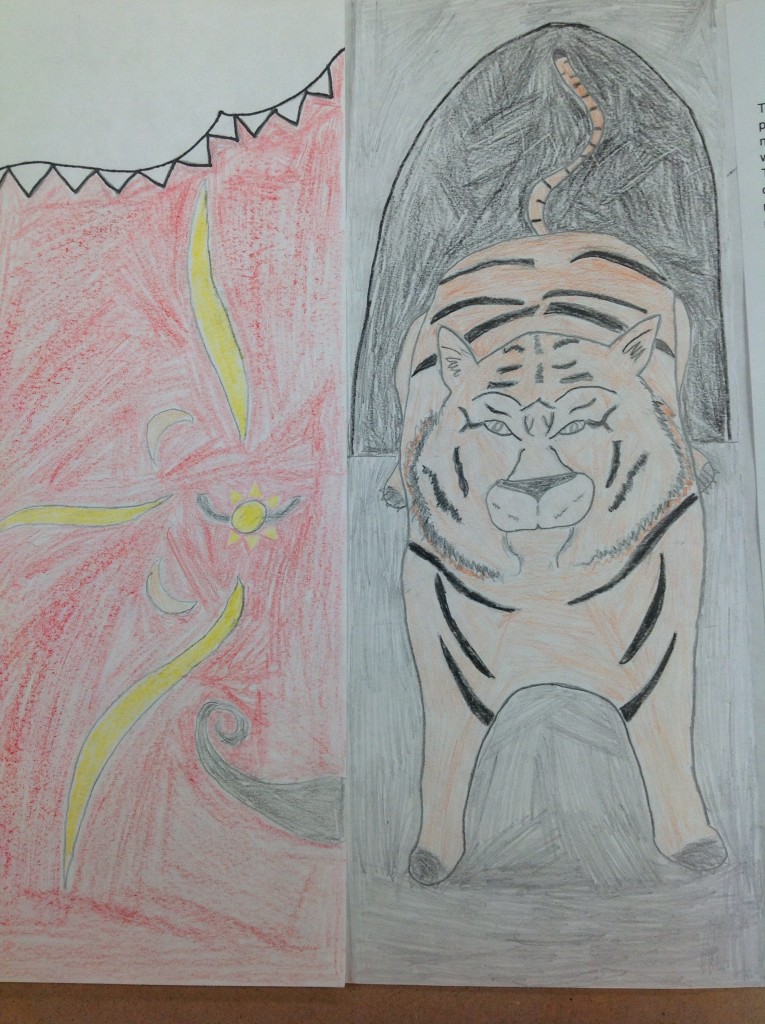