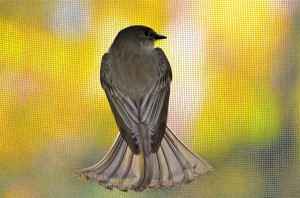 If I could fly I would…

Last weekend some friends and I went to a corn maze and haunted trail. We started off with the corn maze when we got there because the haunted trail had to start after dark. We received tickets when we got there. As we went through the maze, we had to find checkpoints to stamp our tickets with. There were eight checkpoints total in the whole maze, but by the time we got out we only stamped seven shapes in our card. Although, the other group of our friends stamped eight.

Once we got out of the maze, we ate pizza, played frisbee, and waited for the haunted evening ahead of us. After dark, we got in a line infringing of a pitch black tunnel. A few minutes after getting in line, we suddenly hear a chainsaw and see a very terrifying clown chasing after the people in line. The next creature to come out was a devil/werewolf. He wouldn’t have been that scary except for the fact that before I knew it, he was chasing me through the woods, around a den, until I was on my knees, with my hands over my eyes, screaming my head off. I was on the verge on tears until he accidentally kicked me, broke character, and said, “Oh my gosh, are you ok?” I got off my knees and didn’t respond.

Before we were all about to go into the tunnel, everybody there was going to enter, but after hearing the screams of the people in front of us, only four girls were on board, including me. After we got out of the tunnel, every one of the four girls, except for me had gotten too scared and exited the trail. It was only me, my friend’s mom, and her brother. The rest of the trail was pretty predictable because of my friends brother who every time a guy was going to pop out in front of us he knew and told us.

At the end of the night, I thought about our experience and laughed. I ended up having a great time.

This year for community service day my advisory went to the Ronald McDonald House. First, a woman that worked there gave us a tour of the house and gave us some information about the house. One of the things she told us is that McDonalds™ only donates less than 8% and 92% is donated by the local community. I found it amazing and wonderful that the our local community cares enough to donate that much each year. She also told us that when a sick child is at The Ronald McDonald House, volunteers and staff try to make their stay as fun and relaxing as possible. After the tour, she took us outside to a giant pile of sand. We were instructed to fill grocery bags with sand and tie them up to make a luminary kit. The reason we were making luminaries is because every year The Ronald McDonald House sells 7,000 dollars worth of luminary kits. My advisory made around 75 luminary kits and had a great time while doing it! 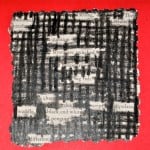 Those are all of mine. What are yours? Thank you for reading. I hope you had fun as the clock ticked to 12:01.

the last space launch.  From the good and bad, we

made it!  So cheers to the new year! If you ask some people about 2011 they might say things like, “Oh my gosh, the year flew by!” Or, “I had great year. My business did great!” But then if you ask them about 2012 they might say, “Well first I woke up, then I ate pancakes. After that I went to church and the organ broke.” They would go into that much detail because there has only been 1 day of the year! If you asked them what they where looking forward to, well then you can see some other posts about that on this blog. And now for the news…

Apple will supposedly come out with the iPhone 5 this summer. Speaking of which some people asked why you should get the iPhone 4S when you can get Siri the personal assistant on the iP

hone 4. Well as it turns out you can’t. It (or she!) is exclusive to the iPhone 4S with the new software update.

The U.S of A. is holding its presidential elections this year. There are many candidates to choose from including the current president, Barack Obama. 2012 is certainly a year to look forward to. 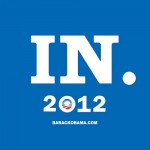 As 2011 is coming to a close, there are some things that I will remember for a lifetime, and others that I would like to remember, but I will forget. I will probably never forget the day at school when Osama Bin Ladin was killed, it was very hectic. At my old school, we would discuss important current events of the past day in LA. I remember when the earthquake in Japan occurred, we spent one entire class period sharing our information about it. I did a current event worksheet event about the royal wedding when William popped the question, and followed it up on the day of their wedding. There have been many bad things this year, such as the death of co-founder of apple, Steve Jobs, but there have been many goods things, such as my first year at sleep away camp. In the coming 2012 I am looking forward to the Presidential election, the London Olympics, and my birthday. This new year, I am going to try to become a better athlete. What are your new year’s resolutions? How do you want to spend the new year?

France's Arc de Triomphe Gets A Temporary Artistic Makeover
One of the world's most iconic landmarks just...

Retired Circus Elephants Move To New Home With Plenty Of Room To Explore
After years of intense public pushback, the now-sh...

Commonly Found North American Wildflower Turns Out To Be A Carnivore
The western false asphodel — an herb-like plan...